Anna and Nadezhda Mikhalkov took the children to the Bolshoi Theater 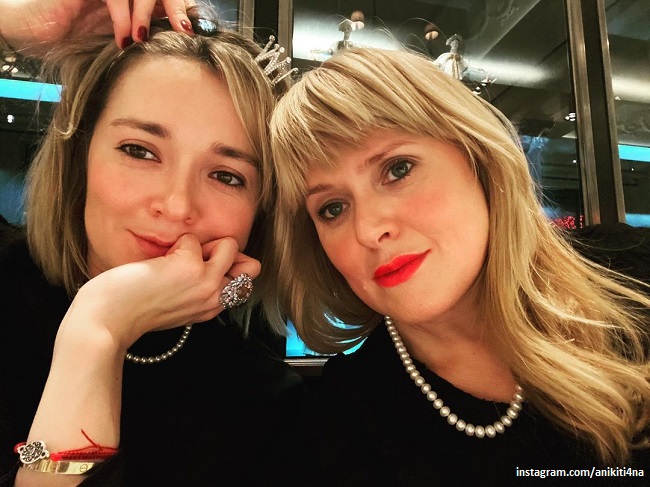 Actresses Anna Mikhalkova with her daughter Lida and Nadezhda Mikhalkova with their son Ivan and daughter Nina visited the Bolshoi Theater and watched the ballet The Nutcracker. The sisters shared footage from the event with fans.

The daughters of the famous director Nikita Mikhalkov, Anna and Nadezhda, are friends with each other. They try to see each other as often as possible and often share joint photos on social networks. And on New Year’s Eve, Anna and Nadezhda decided to go with their children to the Bolshoi Theater to see the famous Nutcracker ballet. Judging by the pictures they posted on Instagram, Nadezhda took with her 9-year-old daughter Nina and 7-year-old son Ivan. Only 7-year-old Lydia decided to go with Anna. Anna’s older sons are probably not so interested in going to the ballet anymore. So, Andrey is now 20 years old, and Sergey is 19.

“Let it hang here … as a keepsake. All the children were washed and combed, dressed in smart clothes, sometimes I envy them“, – wrote Anna, under the picture of children from the theater.

“Nice hooligas! Children are just magical! ”,“ Nina and Lida – happy childhood!?? “,”With such a radiant smile, only a real lady can tear a neighbor’s ear! Bravo! And the beauties! ?❤ “,”Childhood is happiness! May your children be happy and healthy!“- responded subscribers in the comments.

Meanwhile, Nadezhda Mikhalkova just shared a joint photo with her children and her niece.

“Nadenka, with the upcoming New Year holidays!✨?✨????. Children, this is happiness! Let your parents live for a long time and will watch with you – rejoice as grandchildren grow up as worthy people !!!❤️❤️❤️ “,”The kids are incredibly good, just a miracle! ?? “,”How Lida looks like you! Vanya to grandfather, and Nina to dad?? “, noted the fans.

Recall that Nikita Mikhalkov, along with his wife Tatyana, raised three common children. In 1974, daughter Anna was born. A year later, their son Artem was born. And in 1986, Tatyana Mikhalkova became a mother of many children. Another daughter appeared in the family, whom they called Nadezhda. By the way, Nikita Mikhalkov is a father four times. Son Stepan was born to a film director in 1966 in a relationship with his first wife, actress Anastasia Vertinskaya.