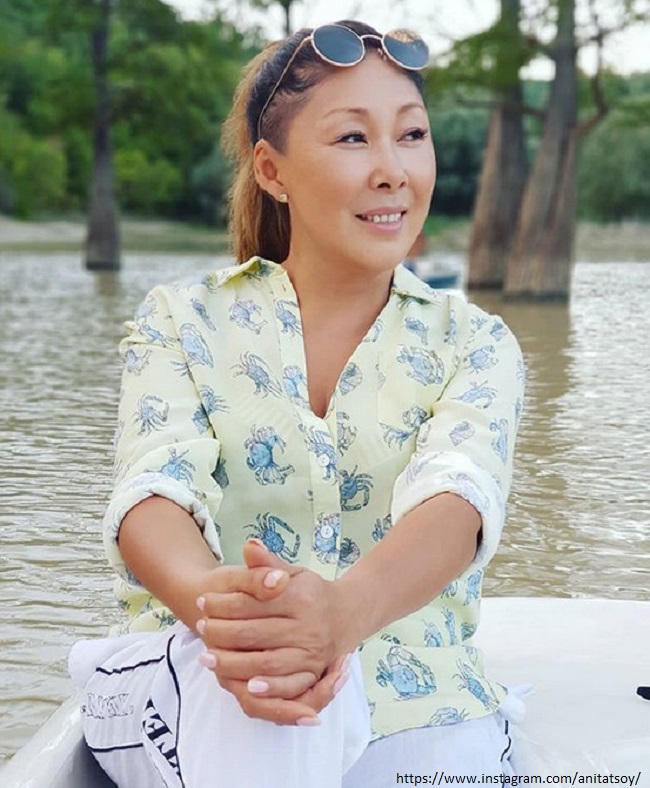 Vladimir Putin signed a decree conferring the title of People’s Artist of the Russian Federation on eight cultural workers. The audience’s favorite Anita Tsoi, who gave the big stage for many years, also turned out to be on this list.

“For great services in the field of art, to confer the honorary title “People’s Artist of the Russian Federation“, – said in the text of the official document.

In addition to Anita, the head of the Bolshoi Theater troupe Makharbek Vaziev, artists of the Vakhtangov Theater Andrei Ilyin and Olga Tumaykina, actress of the theater “Workshop P.N. Fomenko “and others.

Recall that the singer recently celebrated her 50th anniversary on a grand scale. The party was attended by the brightest representatives of Russian show business. Among them were Tatyana Navka, Zara, Denis Klyaver, Slava, Andrey Malakhov with his wife Natalia Shkuleva.

A chic anniversary was not without less chic gifts. The birthday girl was pleased with a beautiful white guitar, a refrigerator for cosmetics, an electric massager for the neck and back and other unusual gifts.