Kelly Lebonti, director of an animal shelter in Bruce, Michigan, USA, said that they had never encountered such an overwhelming “donation”. 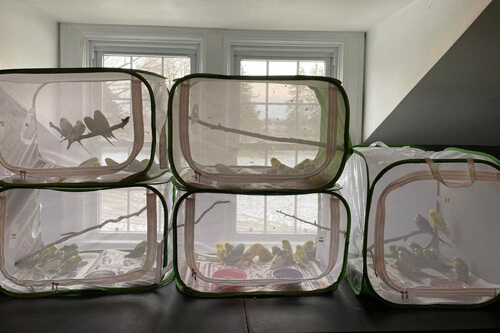 A certain man came to them, who told that his father was engaged in buying and resale of pets. The problem arose with budgerigars – the birds began to multiply uncontrollably, so it would be best to bring them to a shelter. The buyer’s son added that he would deliver about a hundred parrots, which in itself is a lot, but in the end he came with 497 birds. Oddly enough, but a few days later the man returned and practically doubled the number of parrots – now there are 836 of them in the shelter. 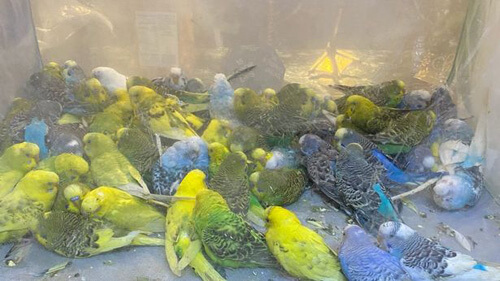 Worst of all, all the birds were in an exhausted state, as they lived in unimaginable tightness and, in fact, constantly crushed and strangled each other. Many parrots have health problems, so there are a lot of worries at the shelter now. All the birds were settled and treated. However, Kelly added that they would not be filing a police report about the case. In the end, the former owners of the birds found the strength to ask for help – and this is already a step in the right direction.