Ani Lorak fell in love with a new man 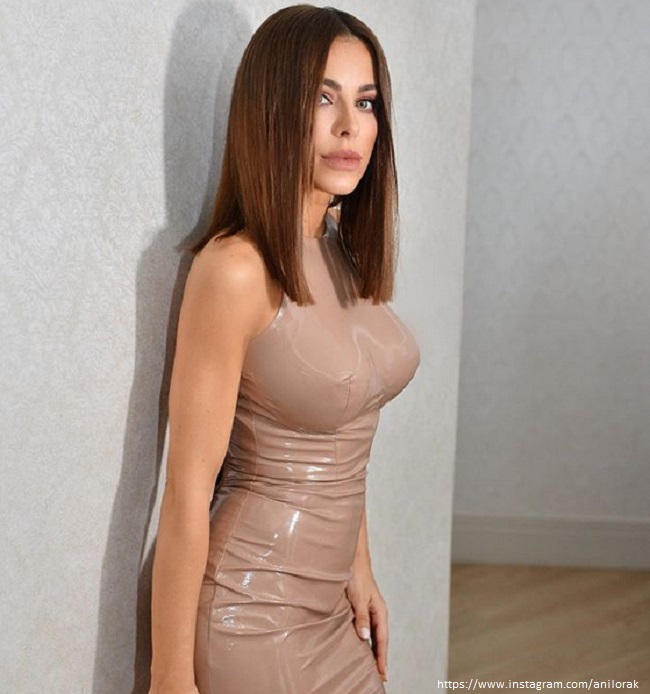 The artist finally admitted that there have been changes in her personal life. For several weeks now, the media has been discussing the topic of the singer’s secret marriage. Rumors about this appeared in the press after journalists noticed a special decoration on the performer’s right hand. She began to wear a ring on her ring finger that looked like a wedding. The fans burned with curiosity, but Lorak just the other day did she tell if she really got married again.

In the singer’s life, everything was stable until the summer of 2018, when her husband Murat Nalchadzhioglu was photographed in a club with his mistress. A big scandal erupted, during which it turned out that the husband was having fun with other girls while the artist earned money on tour.

Six months later, the singer officially divorced a Turkish businessman. The first time after the breakup, they avoided each other, and all questions about raising a common daughter were resolved through intermediaries.

“The divorce was painful. I don’t believe it when someone says that it was pleasant and easy. Any divorce is a tragedy, it hurts, it is sad, it is disappointing“, – Ani complained.

Over time, the passions subsided, and now the ex-spouses have learned to communicate as friends. In early March, Lorak, for the first time after the divorce, was published with her ex-husband. The singer came with Murat and 9-year-old Sofia to the event organized by Philip Kirkorov. A couple of days before this, the ex-husband of the singer returned from a vacation he spent in the mountains with his beloved Lilia.

Six months after breaking up with her husband, Lorak found solace in the arms of the young producer Black Star. She started an affair with Yegor Gleb, who was 14 years younger than her. They met a couple of years before feelings broke out between them. The singer said that the young chosen one gave her support during the most difficult period in her life.

The age difference did not prevent lovers from building relationships. A huge plus was that the new chosen one Lorak avoided publicity and was against joint appearances on the red carpet or shootings for fashion magazines in the style of love story. For all the time, only a couple of joint photos of lovers have appeared on the Web.

However, last spring, in the midst of a pandemic, the media learned that the story was over. It was rumored that Gleb behaved ugly with the singer, after which she decided to end the relationship with him.

Not so long ago, a new chapter began in the life of Lorak. The stage diva refuses to disclose the name of her chosen one. But she reacted to rumors of a secret wedding. The singer stated that the ring on the ring finger of her right hand is “just a piece of jewelry,” and not something that everyone thought.

“But I’m in love. And butterflies in my stomach are also present“- quotes Lorak” Interlocutor “.

Sources say that the singer is not yet married, but is going to get married again. Apparently, the singer has finally met a reliable man, next to whom, after all the trials, she can feel weak again.