Angelina Jolie came to the premiere of the film with children and her daughter, who changed her mind about being a boy

46-year-old Hollywood actress Angelina Jolie appeared at the premiere of the superhero action movie “The Eternals” in Los Angeles. On this day, Angelina was not alone, but together with her five children – 20-year-old Maddox, 16-year-old Zakhara, 15-year-old Shiloh and 13-year-old twins Vivienne and Knox, only 17-year-old Pax was absent.

Jolie looked gorgeous in a floor-length caramel dress. True, the shoulders and collarbones of a mother of many children looked a little too thin, but she herself clearly wanted to emphasize them. And also a piece of metal on the lip up to the chin. 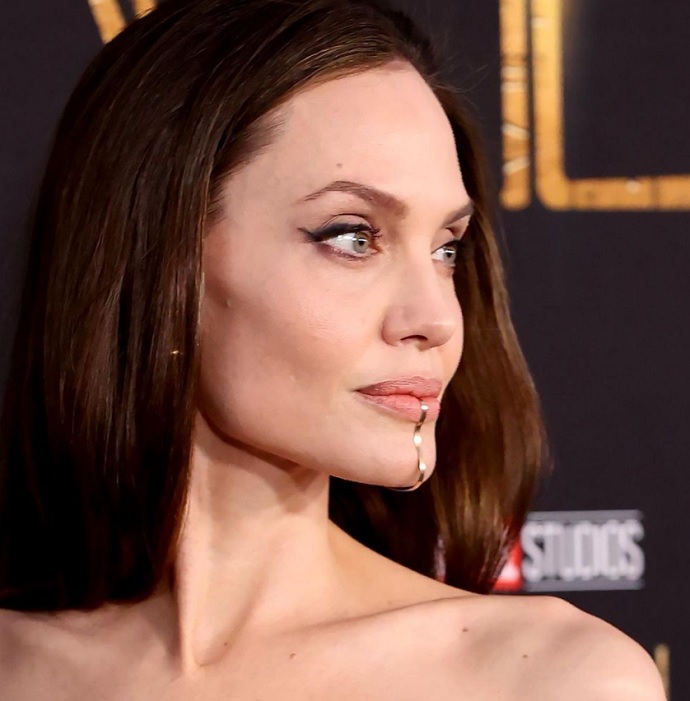 The journalists noted an important point – the daughter of Pitt and Jolie Shiloh (in the photo – the second child from the right in a dress of the color of coffee with milk), which has recently been seen exclusively in clothes for boys, was also in a dress. Apparently, the hours spent in the psychologist’s office were not in vain, and the girl realized that for some time, and possibly until the end of her life, she was ready, after all, to remain a female person. 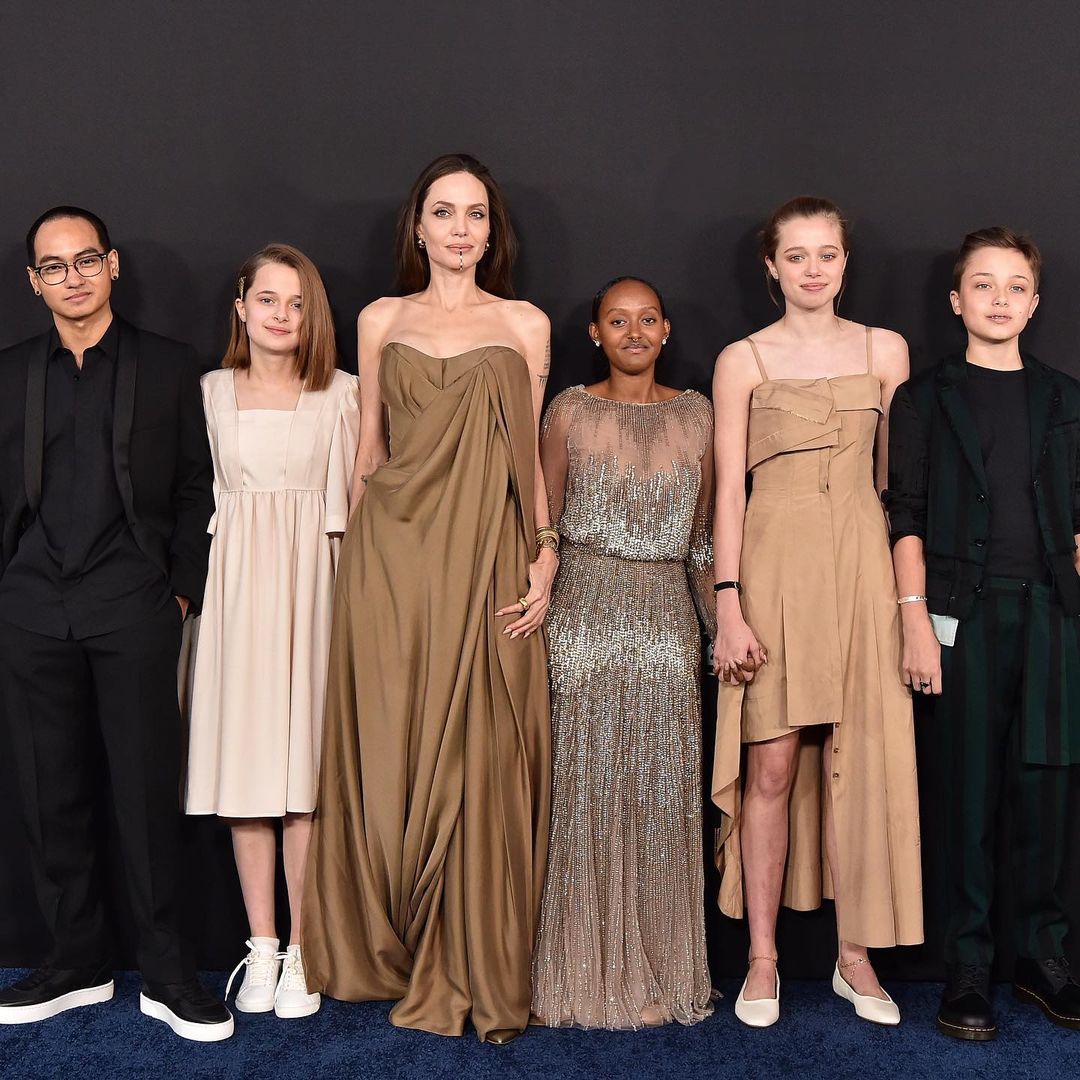