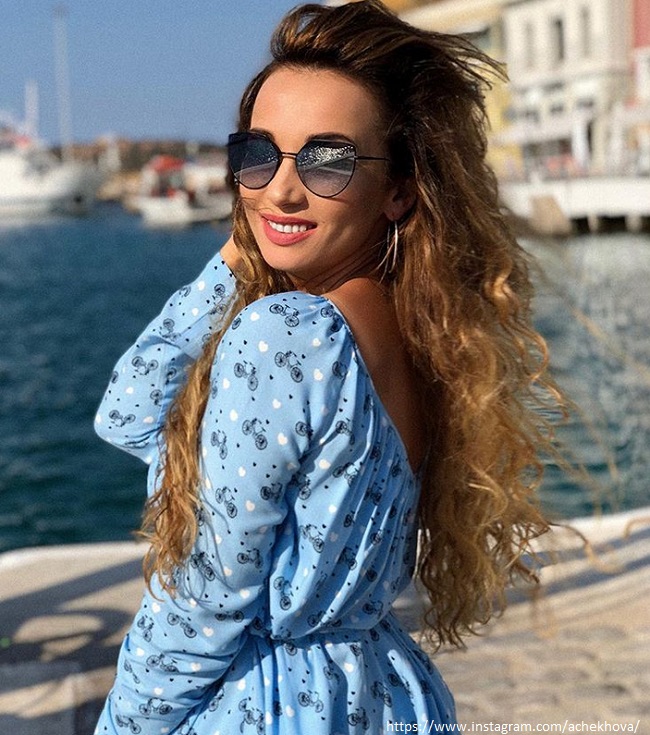 The artist talked to her fans in Instagram stories. One of them asked her about the first date.

“It seems like it was in 1995 with a handsome guy. He was Serb or Croat. Studied at VGIK. We had our first kiss. And for some reason I was scared that I had to move somewhere further. I lied to him that bad things happen to all the guys I start dating. One was hit by a tram, the other fell out of the window. The guy, of course, was blown away by the wind. So I figured out a way to get rid of a guy in five minutes.“, Said Anfisa Chekhova.

Recall that in 2009, Anfisa Chekhova had a vivid romance with the actor Gurab Bablishvili. As a result, three years later, their common son Solomon was born.

The happiness of the star, unfortunately, was short-lived. They got married in 2015, but divorced two years later. Note that Anfisa Chekhova is a great lover of yoga. She has repeatedly said that she communicates a lot with Hare Krishnas.