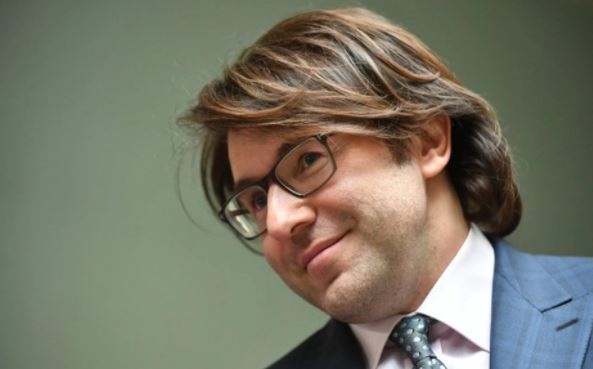 The well-known TV presenter Andrei Malakhov said that several times he received a call from a man who introduced himself as an agent of the Skopinsky maniac Viktor Mokhov.

According to Malakhov, he had to fight off attacks and accusations when he was suspected of preparing an interview with the Skopinsky maniac. After Viktor Mokhov was released from prison, he did not reach his place of residence. Netizens immediately started talking that the rapist would be presented in the studio of the “Hello, Andrey!” Program.

The TV presenter himself said that he would never give up his principles, but someone really wanted to make money on this story. According to Malakhov, he repeatedly received calls from a man who introduced himself as an agent of the Skopinsky maniac and tried to arrange an interview for a lump sum.

“We got a call from a man who introduced himself as his agent and said that in two weeks such and such a maniac was coming out, and he was ready to give an interview for 3 million rubles. I say: are you crazy? The maniac has an agent! Can you imagine ?! I thought that I had already seen and heard everything … But this is beyond good and evil, “the host admitted in an interview with Komsomolskaya Pravda.

The TV star claims that then one of the Moscow studios took up an interview with the rapist. However, when a public scandal erupted, everything was quickly turned off. After that, Mokhov’s agent allegedly contacted Malakhov’s editorial office again and requested 600 thousand rubles. According to Malakhov, he would not do a program with a maniac even for free.

The Skopinsky maniac was interviewed by Ksenia Sobchak on her YouTube channel. This caused a mixed reaction from the public. While some praised the TV presenter for her courage, others (of whom there are much more) considered her act unacceptable.