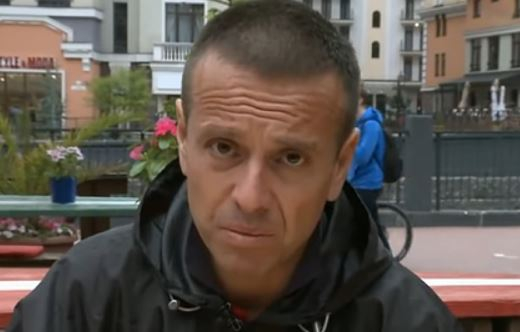 Russian pop singer Andrei Gubin has confessed to wanting to die. It is reported by “Komsomolskaya Pravda”.

It is clarified that the artist has been suffering from left-sided prosopalgia for a long time. This condition causes pain throughout the body. The performer himself said that he seemed to “rotting alive.” Gubin spent almost all of his money on doctors, but they did not offer him effective treatment.

“I am gradually dying, with one foot in the grave. But as if I already die quietly. That is, I’m not afraid. I just want to die quickly. Do you know what I don’t like? Not that I was not happy. And the fact that he will no longer be here is bad, ”said 47-year-old Gubin.

He complained that he began to lisp because of loose teeth, and suggested that the reason for his condition lies not in stress, but in his sports past, due to which the singer has accumulated many injuries.

“I consider myself a great martyr. Do you think, great martyrs, are they out there somewhere, Seraphim of Sarov or something like that? Here is a great martyr in front of you, his name is Andryusha Gubin. Look at my photos then and look at me now. It’s awful what’s happening to me, ”said the artist.

Earlier it was reported that Andrei Gubin returned from Egypt to Russia. He confirmed that he was going there for treatment. The singer also noted that he rarely communicates with people, except for the girl with whom he lives.