"And what happened to him?" Sharply aged Leontyev shocked everyone with his appearance 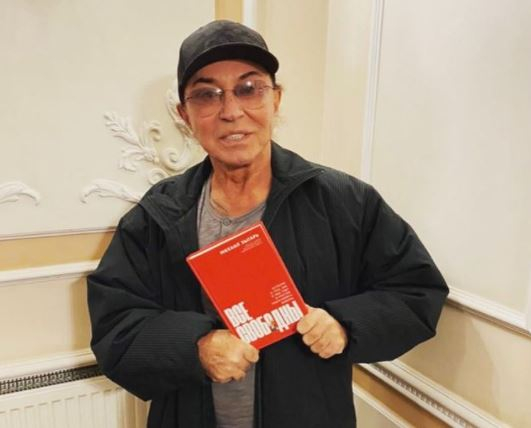 The Soviet, Russian singer Valery Leontyev is loved by many Russians not only for his songs, but also for his vivid images. However, now he shocked fans with a haggard look.

According to “Dni.ru”, the artist appeared at the premiere of the book of the writer Mikhail Zygar. After the event, the author posted a photo of the star with a book in his hands on Instagram. And many commentators noted that Leontyev does not look like himself – in the picture he looks like an old man in clothes that are not in size. Comparisons with Irina Khakamada were frequent: “For a long time I could not understand, Khakamada or Leontyev”, “One to one Khakamada!”, “Irina, is that you?”

Fans are used to the fact that, despite his venerable age, Valery Leontyev always looks young and cheerful. And here the commentators did not hide their frustration with how their favorite artist had aged: “Not only did I have a difficult year,” “What about him?”, “How old Leontiev is!”, “Mom dear! Is that he ?!”

However, this is not the first time Leontyev unpleasantly surprises his fans with a new image: he was recently confused with Nadezhda Babkina.

Valery Yakovlevich Leontiev was born in 1949 in the village of Ust-Usa, which is located in the Komi Republic. As a child, Valery Leontyev was very fond of drawing, was engaged in dancing, attended a drama club and was a soloist in the school choir. But a boy from a deep province and a poor family could not even dream of becoming an artist. However, life smiled at Valery, and many Russians love his ageless hits, such as “Hang-glider” and “Casanova”.