In response to the story of how she wrote under the bush, replicated throughout the network and on TV, Anastasia Volochkova decided to go on the attack and continue to shock the audience purposefully.

Anastasia decided that it was necessary to outplay Dmitry Borisov and others who were filming programs about her home fun and invited Oleg Pilyagin, a well-known blogger and editor-in-chief of Zhara Magazine, as a guest. 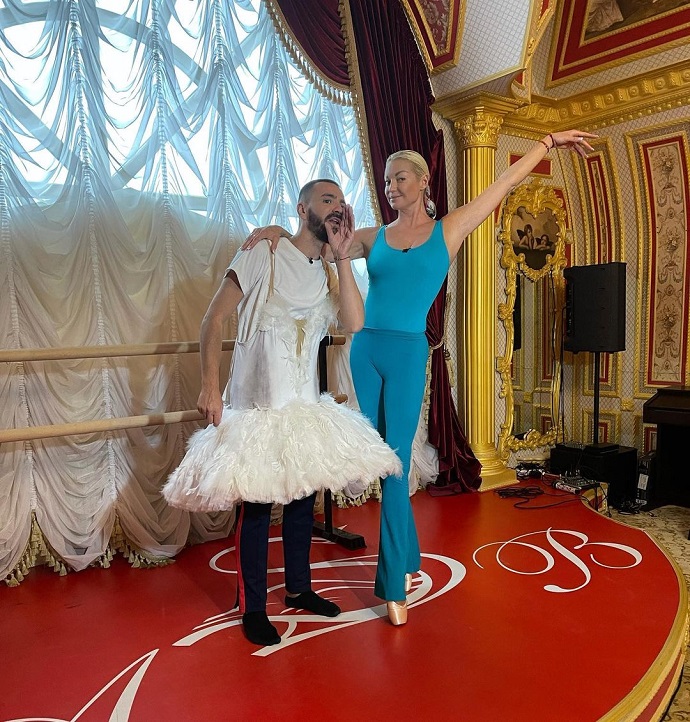 Nastya decided to play a scene about a journalist dripping in her dirty linen in the literal sense of this expression.

Along the way, tricks were demonstrated with a spectacular spreading of the legs and the very place where Nastya wrote. Probably, it all seemed funny to her.