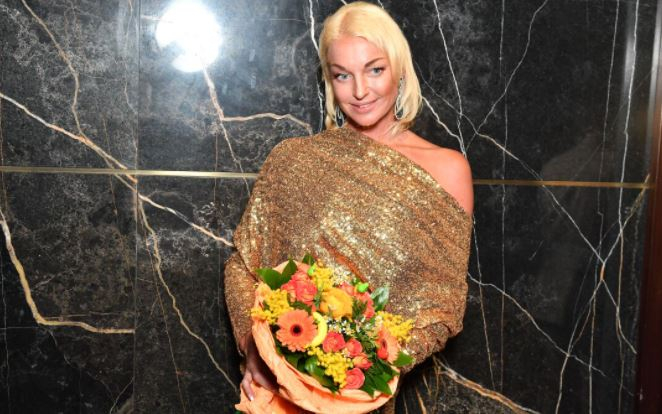 The popular and scandalous Russian ballerina Anastasia Volochkova continues to amaze her fans again. It all started with the fact that the ballerina managed to regain her previous weight, dropping those extra pounds. This time Volochkova shocked subscribers with a photo in which she looks 10 years younger.

The perfect face contour and the complete absence of wrinkles are the main marks of age women. The shape of the diva’s lips has also changed. The photo clearly shows that they have become more plump.

Many say that after the transformation, the ballerina began to resemble Victoria Lopyreva. Such conclusions were made by members of the fanclub Anastasia Volochkova. The former prima of the Bolshoi Theater, frightened by haters, even specifically disabled comments on her page.

The photo was taken at the ballet dancer’s anniversary. A week ago, the woman celebrated her 45th birthday. By tradition, she celebrated it on a grand scale. A solemn banquet and a concert was organized, where Volochkova performed in front of the guests. There were many show business stars and, of course, her daughter Ariadne among the guests of the holiday.

The groom, whom the socialite so often mentions, was not at the holiday. Anastasia assured that he stayed at home to wait for her so as not to get caught by the paparazzi cameras. True, according to the gossips, the man about whom Volochkova speaks simply does not exist. That is why, in order not to look lonely, the diva is constantly photographed with other people’s husbands.

The ballerina is no stranger to various accusations. In the past, she was often accused of drunkenness and, accordingly, the loss of natural beauty. But Anastasia herself assured that she was in control.