Anastasia Reshetova noticed a defect in her son 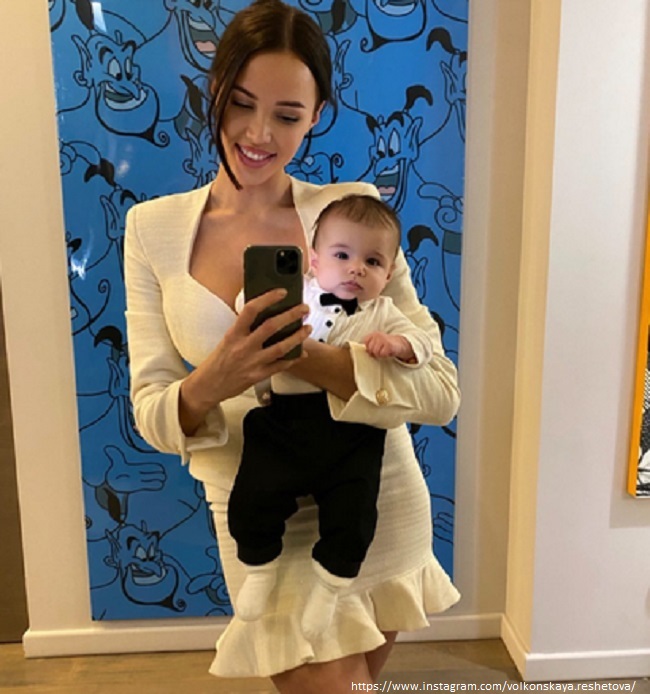 The blogger decided to share with the public a revelation about the deviation that she discovered in her son Ratmir. According to the star mother, the one and a half year old Ratmir has a little “squinting his eye”. There was a hope that this problem is temporary and the child will outgrow it. However, the parents are concerned about the situation and are now in search of a good osteopath who, perhaps, will help fix everything. Ophthalmologists take on the treatment of this problem when children reach the age of two.

“Ratmir still squints his eyes a little, although he has already crossed the age of one … I thought it would pass, but no. Maybe there are some clamps. Let’s find out“, – said Anastasia on Instagram.

It is possible that little Ratmir may have the same diagnosis that his older sister was given a few years ago. Timati, together with his family, spent a couple of years solving the “eye” problems of Alice’s daughter, whom Alena Shishkova gave birth to. The girl’s grandmother said that doctors discovered she had mild strabismus. Because of this ailment, the girl had to glue one eye, and the doctors also prescribed the obligatory wearing of glasses. Apparently, the problem of Timati’s son is not so serious and will not require long-term treatment. However, a doctor will have to choose the exact diagnosis and treatment plan for the boy.

In September, Reshetova, we recall, announced a break with the rapper. They continue to communicate closely and together raise their son. However, according to Anastasia, everyone has had their own personal life for a long time. Timati went to hiccup his happiness to the “Bachelor” project on TNT. And Reshetova, according to rumors, is looked after by a very influential Chechen, who presents her with expensive gifts.