Anastasia Makeeva exposed the ex-wife of her lover 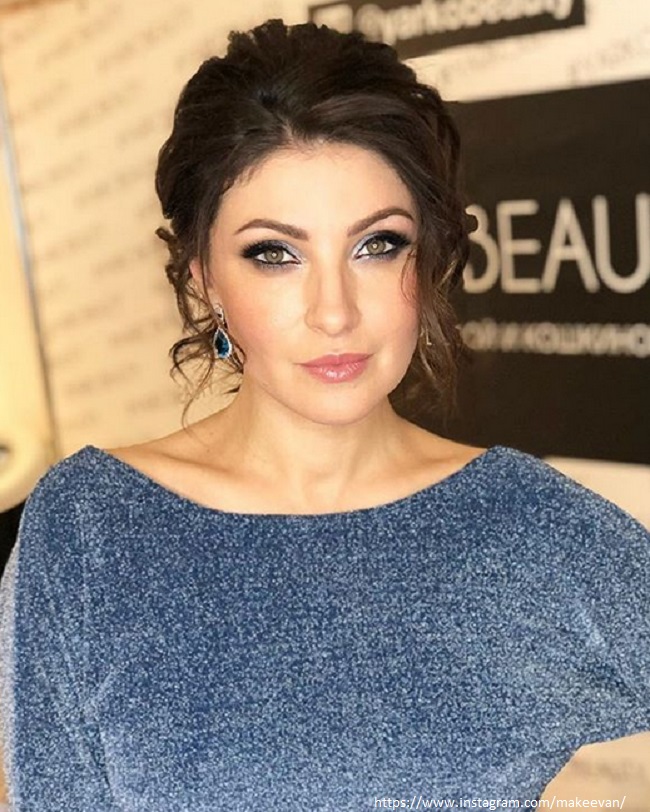 The scandal around the personal life of the star of the film “Anna Karenina. Vronsky’s story ”is gaining momentum. Anastasia is preparing for the wedding with Roman Malkov, who left his wife and four children in Slovenia for her sake. Svetlana arrived in Russia and said that her ex-husband had stopped communicating with the children. Makeeva decided to prove that this is not true, and made public the correspondence of the chosen one with his ex-wife. 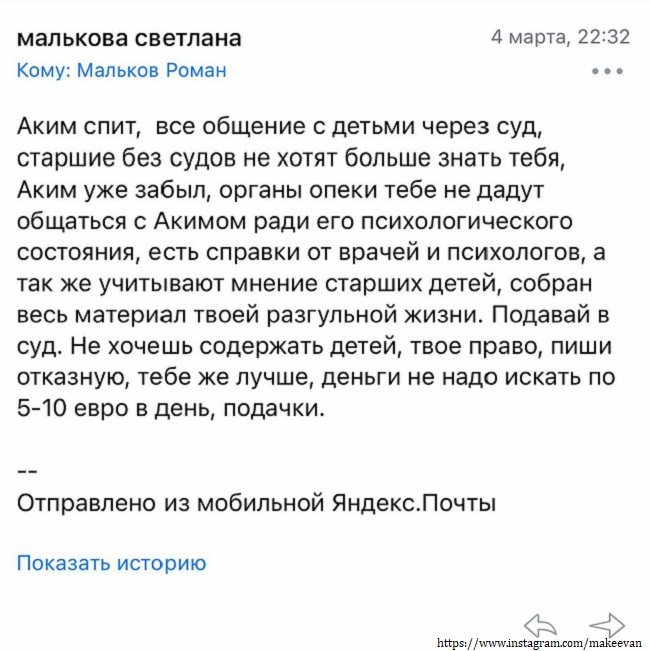 The star assures that the ex-wife of her chosen one only seems to be a woman eager to save the family. “The program presented a colorful story about how they had been waiting for a call on their son’s birthday all day, but dad did not call. Allegedly in the evening the guests gathered and it was no longer up to the Pope with his congratulations, although the clearing was covered with money sent by the Pope. But the mother decided not to give the child the phone to receive the father’s congratulations! Of course dad called! And called all day!“- the participant of the show” Just the same “assured. 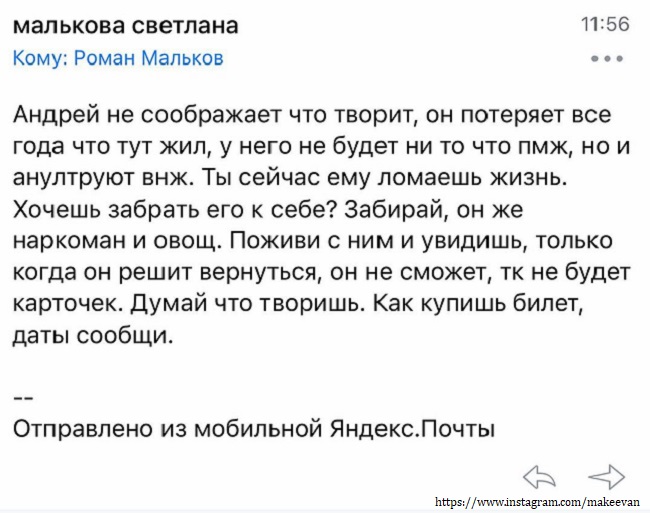 According to the artist, Svetlana treated her son Andrei harshly because he wants to communicate with his father. “Save the child urgently! His own mother kicked him out of the house“, – said Makeeva. She also showed a correspondence in which Malkova angrily speaks to the young man.

“Andrei does not understand what he is doing, he will lose all the years that he lived here, he will not only have no permanent residence, but will also cancel the residence permit. You’re breaking his life now. Do you want to take him to your place? Take it, he’s a junkie and a vegetable“, – Svetlana wrote harshly. 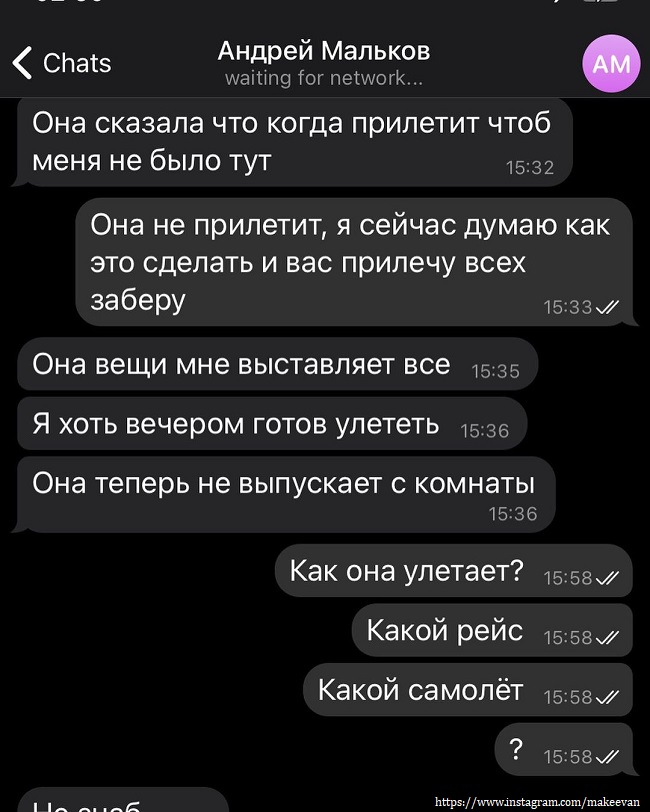 Anastasia made public the correspondence between Andrei and his father, in which he complains to him about his mother’s behavior. In the audio message, you can hear Svetlana threatening her son, that on the program she will say that his father is bribing him. According to Makeeva, Roman is making every effort to resolve the situation and take care of the children.

Anastasia also assured that Svetlana threatened to expel Roman’s parents from the house that he built for the family. In addition, Malkova spoke harshly about the actress herself, reproaching her for not being able to give birth.

“I’ll tell you, 15% of women suffer from infertility and all these women are not to blame for their situation. Svetlana, showing her virtue, allows herself to laugh at the disease, with a short one like me struggling for decades. But on the screen, she is sweet and sacrificial“- answered the star to the accusations of the ex-wife of her lover.