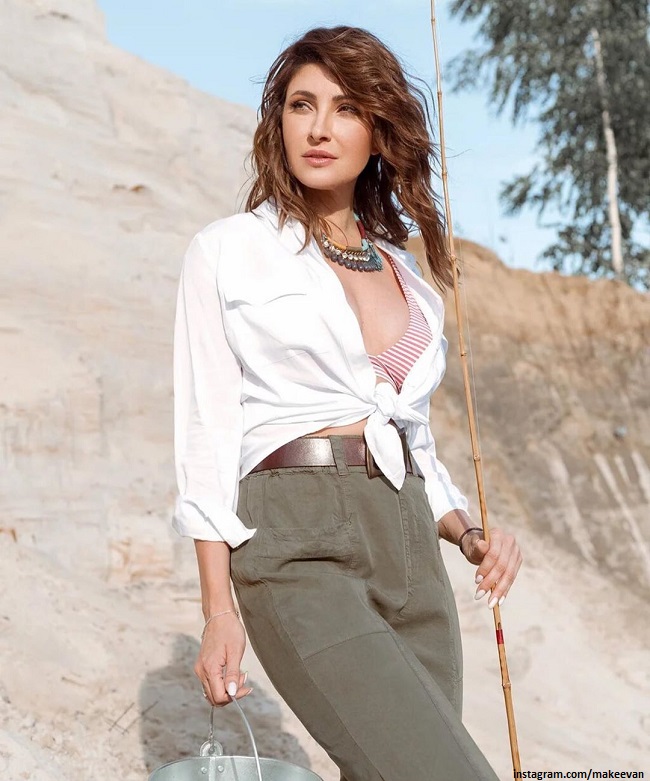 Actress Anastasia Makeeva is outraged that the woman began a tour of the scandalous show for money.

Just the other day, the star offered her rival Svetlana Malkova to make friends and communicate like bosom friends. And today she fell upon her boyfriend’s wife with righteous anger. Recall that more than a week ago, Svetlana came from Slovenia, where she now lives with four children, to Moscow to give an exclusive interview to one of the federal channels. Malkova shared her impressions of the trip on Instagram, which infuriated Anastasia.

“Take a close look at the face of this suffering woman! The unfortunate abandoned one rides in a limousine and drinks free champagne, takes pictures with the stars and sits on makeup, gives interviews and willingly sells the honor of the father of her children, breaking their psyche for money. Arrived at the expense of the NTV channel, and now, walking, taking pictures at the sights. After her lies and filth, Roma and I gritted our teeth and refused to give a response interview even for money“, – Nastya is indignant.

But the actress is even more offended by the fact that Svetlana did not limit herself to just one TV channel. And now he goes to pour out his soul to the viewers of Channel One.

“Our girl tasted money and fame. Her next step will be to appear on the show “Let Them Talk”, where she will continue to cry and throw mud at me and the father of her children. She wanted to spit that the children were terrified of everything and, in fact, rushing between two fires. The eldest son filmed a story about how tired of hiding and secretly communicating with dad. All her tears that her father does not help, that he does not seek communication with them is a lie. The children are in contact with their father and are familiar with me. There are account statements that the guys regularly receive money from Roma. When will the girl stop and quench her thirst for revenge?“, – writes Makeeva in her personal blog.