Analysts explained why oil prices could reach $ 90 per barrel 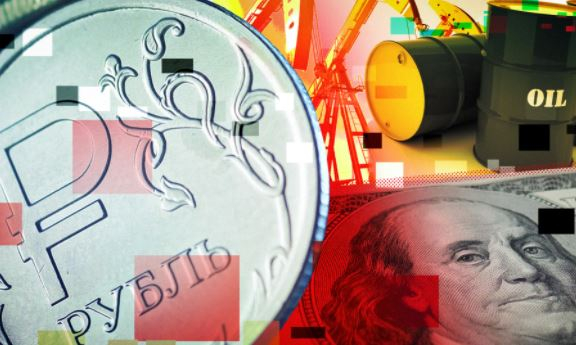 Experts of the Financial Analytics Department of the Economics Today FBA prepared a forecast of the ruble exchange rate, oil and gold prices based on the results of the latest trading on world exchanges. Read the details in the material of FAN.

Oil prices continue to grow steadily. Friday’s trading ended at $ 78 per barrel, during today’s session, the price rose to $ 79 and even $ 79.50. Such indicators are definitely a sign that the raw material has managed to reach annual highs.

“So far, the confidence in oil is explained to a greater extent by the fact that an energy crisis is being observed: a serious shortage of oil is expected, as winter approaches and there are interruptions in its production in the United States due to Hurricane Ida. This led to the fact that stocks in the country have seriously decreased and reached their three-year low, economists say. – The deficit is expected to continue and even be greater than expected. As analysts of the investment bank Goldman Sachs argue, by the end of the year the price of Brent oil may reach $ 90 per barrel. “

The current price of natural gas also gives a boost to oil prices. According to experts, recently companies are starting to switch from it to alternative energy sources, as it becomes more profitable to use them. And given the interruptions in the production and supply of gas, which led to a shortage of raw materials in Europe, oil will soon become such an alternative source. Of course, at the moment, this factor gives her significant support.

“Against this background, OPEC is gradually increasing oil production, but so far it is limited to 400 thousand barrels per day per month. However, a meeting is approaching – a technical OPEC at the end of the week and a full-fledged ministerial meeting on October 4 – and it is likely that the organization will revise its plans, given the current tense situation, analysts share. – Due to the fact that oil prices are growing, production in the United States is also trying to increase. According to Baker Hughes, the number of rigs continues to grow and now stands at 421 units. The production of shale oil is now relevant, since it has become profitable to extract it. “

Despite the fact that high oil prices are causing concern for the largest importers and market participants, raw materials continue to feel quite confident. The range from $ 75 to $ 80 per barrel of Brent crude remains relevant for him.

Friday ended with a slight strengthening for gold: prices rose from 1740 to 1758 dollars per ounce, eventually closing around the 1750 mark. In the course of morning trading, the value of the asset continues to be at about the same level.

“Gold was able to strengthen against the background of problems with the Chinese developer China Evergrande Group, since the company is now in a pre-default state. She ended up missing her dollar bond payments, and she was effectively in a technical default. Markets do not yet understand how the situation with this developer will ultimately be resolved, although analysts do not expect this to be a serious blow to the global economy, ”experts say.

Against the background of this uncertainty, gold is in demand as a safe-haven asset, but its further growth is hampered by the stability of the American currency on the world market. On the DXY index, the dollar is now at around 92.2 points.

“Macro statistics from the US are expected this week. The data on GDP for the II quarter, which will be published on Thursday, will be important. Also on Tuesday, Fed Chairman Jerome Powell will speak, possibly commenting on the situation in the US economy and, accordingly, talking about possible further actions within the FRS monetary policy, ”the analysts summarize.

In the meantime, the current range for gold continues to be the interval from $ 1,750 to $ 1,790 per troy ounce. Further dynamics of prices on the gold market will be determined by the development of events around the China Evergrande Group, as well as the position of the US dollar.

The Russian ruble ended last week with a slight weakening, dropping to 73 rubles per dollar. However, in the course of today’s morning trading, the currency managed to regain its previous positions: now it is again trading at around 72.60 rubles per dollar.

“The positive for the ruble was, first of all, high prices for oil and gas, since our exporters receive quite large foreign exchange earnings, which means that tax revenues will also be higher,” the experts explain. “Also now is the peak of the tax period: exporters are converting their tax proceeds for payment, and this, of course, is very supportive of the ruble, so it feels good and quite confident.”

At the same time, purchases from the Ministry of Finance within the framework of the budget rule remain a serious factor of pressure for the ruble: their daily volume is currently 14.9 billion rubles. However, the main negative for the Russian currency comes from potential US sanctions, which were approved by the House of Representatives. If approved by the Senate, American investors will actually be denied access to OFZs, which will be a tangible blow to the debt market and the ruble, since non-residents will begin to liquidate their positions.

“Against this background, our RGBI index, which shows the average cost of the most liquid federal loan bonds, fell to 143 points and reached its multi-month low. The situation is tense and nervous, but the ruble is still doing well thanks to oil prices and the tax period. The range of 72.5–74.5 rubles per dollar continues to be relevant. Next, you need to monitor how the situation with the new package of sanctions against Russia will develop, ”experts say.

Earlier, FAN reported that the Russian government approved the concept for the development of creative industries in the country. The project, presented by the Ministry of Culture, is an important instrument for achieving the national goals set by the President.