An orphan kitten surprised everyone with an unusual color

A family from Nashville, Tennessee, USA, who moved into a new house, started some construction work, as a result of which an unusual find was made in the wall. 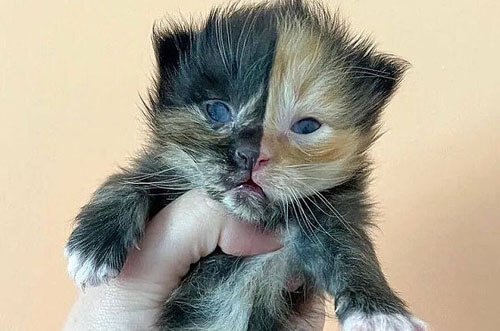 Homeowners found two tiny kittens, likely orphans, and donated them to volunteers from a local cat rescue center. Especially everyone was surprised by the baby who received the nickname Apricot. 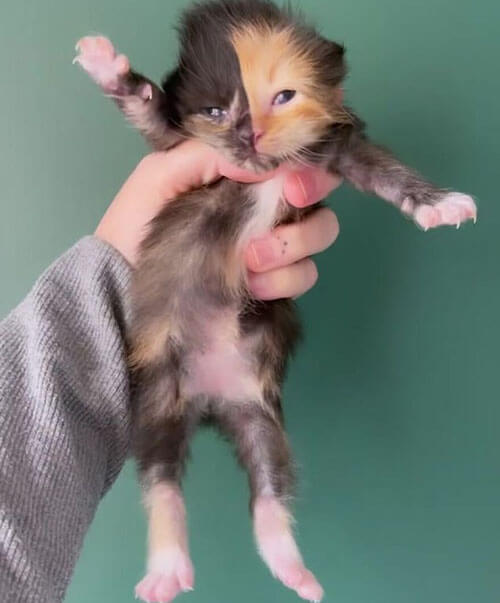 The fact is that its muzzle is divided in half, and each half is painted in its own color – dark and apricot. 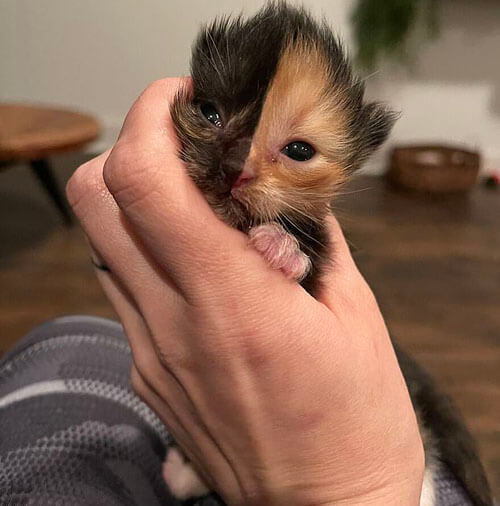 At the moment, Apricot and his sister Krendel are growing up and gaining strength. They are looked after by the staff of the center, as well as two cats, Pickle and Olive. 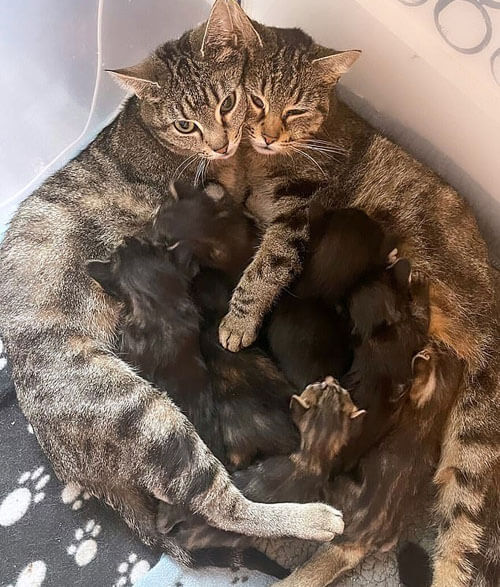 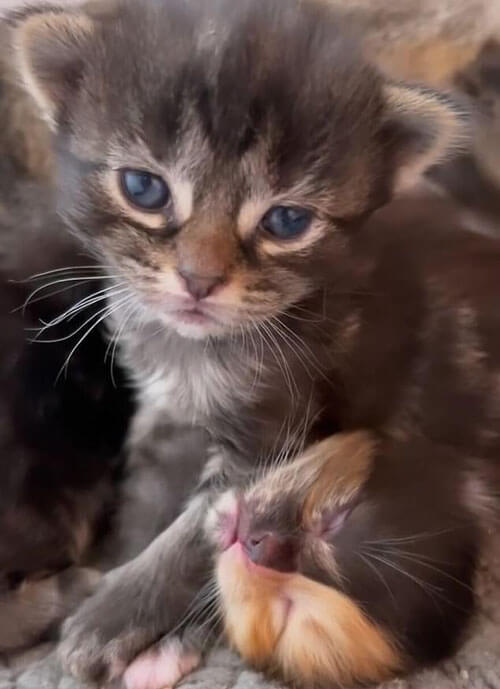 Four-legged friends recently became mothers and happily took up the upbringing of little orphans, taking them into their large family.

See also: A wicker bed was used to save the leopard