Residents of a village near Ulan-Khoto (Inner Mongolia, China) had an unexpected opportunity to earn some money. 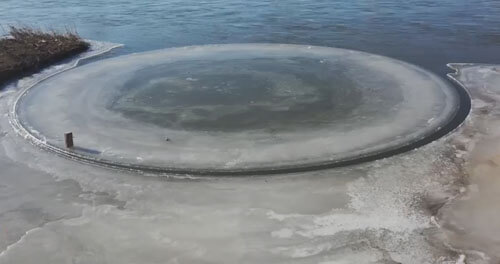 It all happened thanks to a giant ice disk that formed on the river. The counterclockwise spinning curiosity became a hit on social networks, and tourists flocked to the village, greedy for all sorts of rarities.

This was immediately taken advantage of by the villagers, who began to sell food and delicacies to visitors. Trade is going briskly, because it is always pleasant not only to admire an unusual sight, but also to refresh yourself.