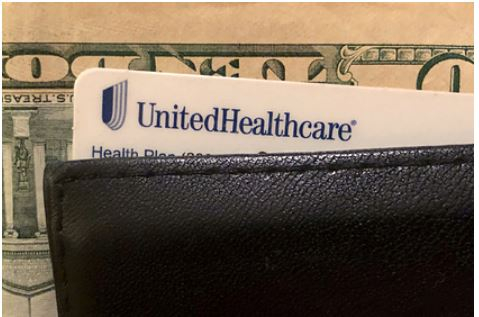 The administration of US President Joe Biden is planning the largest tax hike for the rich since 1993 to bolster the budget to fight the pandemic. But wealthy Americans have found a way to save their money. Current legislation allows the wealthy to avoid taxes through private placement life insurance (PPLI), Bloomberg writes.

PPLI began to gain popularity after Biden’s plans were made public due to the fact that the assets invested in the policy are not taxed. When the policyholder dies, the invested funds are returned to his heirs, also without paying taxes. The Democratic Party of the United States hoped to cover the bulk of its $ 3.5 trillion support package primarily through capital gains taxes. However, when purchasing PPLI, death benefits and investment returns held by the insurance company during the contract are not tax deductible. Moreover, both individuals and legal entities can act as beneficiaries of the PPLI policy. Therefore, wealthy families with a common business can enter into an agreement with the company on behalf of their dynastic trust. This step allows several generations to avoid inheritance tax.

The general scheme of investment insurance can be described as follows. The insurance company enters into a contract with the client and receives money from him – a one-time large payment or smaller regular installments. The firm then disposes of these funds, investing them in other enterprises with the aim of making a profit, and at the same time provides the investor with insurance coverage. If an insured event occurs during the validity of the agreement, the company pays the client the amount in accordance with the contract. If nothing happens, then the investor’s money returns to him, sometimes along with some profit. In the American private life insurance policies PPLI, the insured event is death. The owner of such a document himself determines the amount that the company will be obliged to pay in addition to the amount of his funds on the policy account at the time of the insured event. Typically, its size starts at five percent of the value of the portfolio. Assets registered with PPLI are segregated from the company’s balance sheet and cannot be withdrawn for the firm’s debts. The investor can adjust the policy of investing his funds by the insurance company for the optimal ratio of risk to return.

“PPLI is a huge, completely legal loophole. It is easy to exploit and very difficult to remove politically, ”said Daniel Hemel, a law professor at the University of Chicago. Nevertheless, the expert named several ways that could close this escape route for wealthy US residents. The first is limiting the amount of benefits in the event of death, the second is the tightening of rules by the US Internal Revenue Service by limiting the control of policyholders over investments. If these steps are not taken, Hemel said PPLI will be “a relatively simple workaround that allows wealthy individuals to generate virtually unlimited amounts of investment income while avoiding capital gains taxes during life and upon death.”

At the end of August, the House of Representatives of the US Congress approved a budget plan for 2022, the amount of which will amount to $ 3.5 trillion. The administration of President Joe Biden plans to allocate such an amount for economic recovery primarily by raising taxes for big business and wealthy citizens. In addition, a tax on imports of carbon fuels will be introduced.