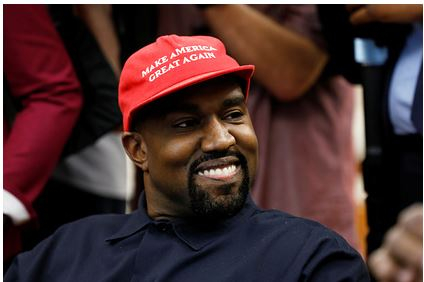 The Los Angeles (California) court approved the petition of the American rapper Kanye West to change his name to a stage name. This was reported by the portal Deadline.

It is reported that the corresponding petition 44-year-old Kanye Omari West filed at the end of August, arguing his request for “personal reasons.” Consideration of the request took almost two months, and now the performer is referred to as “Ye” – without a middle name and surname, which he also refused.

The portal notes that in 2018, the rapper released an album of the same name. In addition, in the same year in an interview, he stated that, in his opinion, the word Ye, which is translated from Old English as “you,” is most often found in the Bible.

At the end of August, the new album of American rapper Kanye West, Donda, set several world records on music streaming services at once. The album reached number one on the Apple Music platform’s best albums chart in 152 countries where the service is supported. It is also noted that 19 songs from Donda were included in the top twenty of the Apple Music Daily Top 100 Global Song list. All 27 tracks from the new release got into the top 100 itself.