American billionaire urged to get rid of dollars 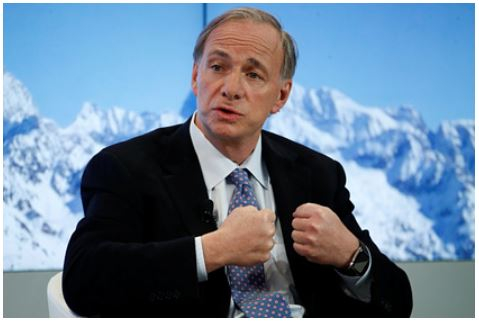 American financier and billionaire, founder of the investment fund Bridgewater Associates, Ray Dalio urged not to accumulate assets in US dollars. He stated this at the Eastern Economic Forum (EEF), answering the question of the aide to the President of Russia Maxim Oreshkin, who was the interviewer of the businessman. Dalio urged the holders of the American currency to get rid of it, RIA Novosti reports.

“It’s a crazy idea to keep everything in dollars, where the interest rate is zero, if not negative. And the situation is unlikely to change in the coming years. Better to sell these commitments and buy anything. Any assets are now better than US bonds, ”said the financier. He recalled that the US Federal Reserve System (FRS) is selling a lot of bonds to support the economy. At the same time, the yield on debt securities is at a low level, which may soon lead to their sale and a new economic crisis.

At the end of August, Fed Chairman Jerome Powell hinted at an imminent halt to issuing securities and tightening monetary policy, since the economy no longer requires government support. In the US, unemployment has decreased and the growth of food prices has stabilized. At the same time, Powell made it clear that after the cut in aid, the Fed will not immediately raise the interest rate, which reassured investors. Stock indices S & P 500 and Nasdaq Composite set all-time highs amid speeches by the head of the Fed.

If the Fed still decides to raise the rate, and this moment coincides with the fall in oil prices, the value of the Russian currency may jump to 80 rubles per dollar, said Dmitry Babin, an expert on the BCS World of Investments stock market. The all-time high was set at the beginning of 2016, when the dollar was worth just below 86 rubles.