Everything that we see around is instantly analyzed and identified by the brain, which produces a finished result. Moreover, it does not always correspond to the surrounding reality. Our perception depends on lighting, angle of view, focus, play of color, shadows and volume of the picture. Optical illusions are not a figment of the imagination, not a hallucination, but a very real thing that we perceive distorted for various reasons. The world around us is full of amazing and unknown, let’s look into the magical land of extraordinary images. 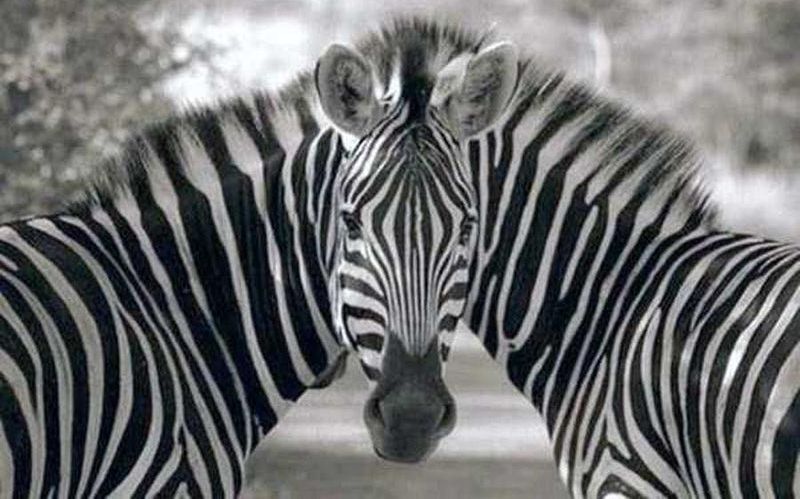 Since ancient times, people have observed unusual objects, and then talked about their miraculous disappearance. Remember the stories of travelers about the oases in the middle of the desert, they are nearby, but it is impossible to reach them. Science has long figured out the nature of the most amazing illusions that are caused by physical processes. Get ready to meet them:

Mirages. Since we have already mentioned this phenomenon, let’s start our acquaintance with ghostly visions from them. A sharp refraction of light rays occurs between two atmospheric layers with different temperatures and densities. Hence the seas in the desert, and “mirrored walls”, and ships sailing in the sky. 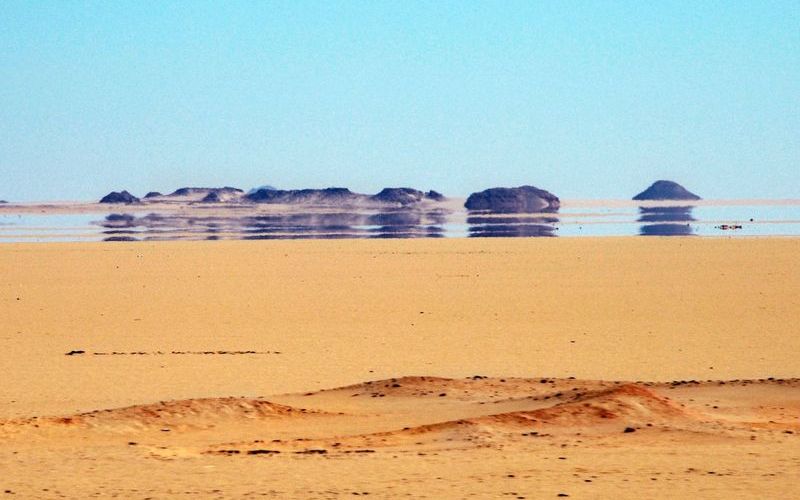 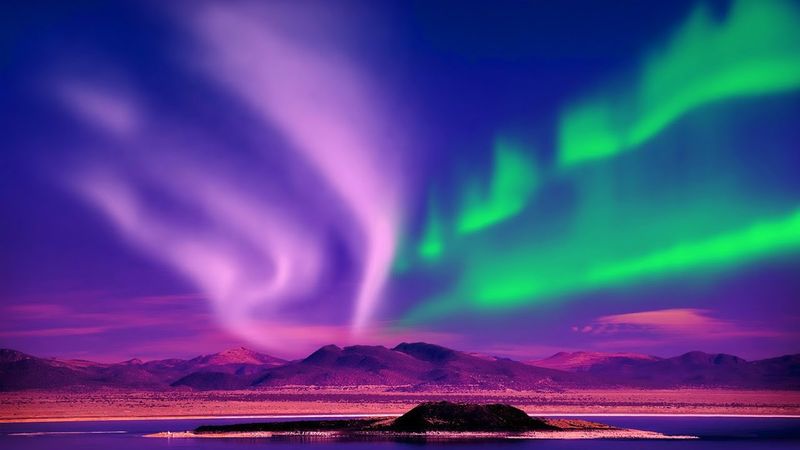 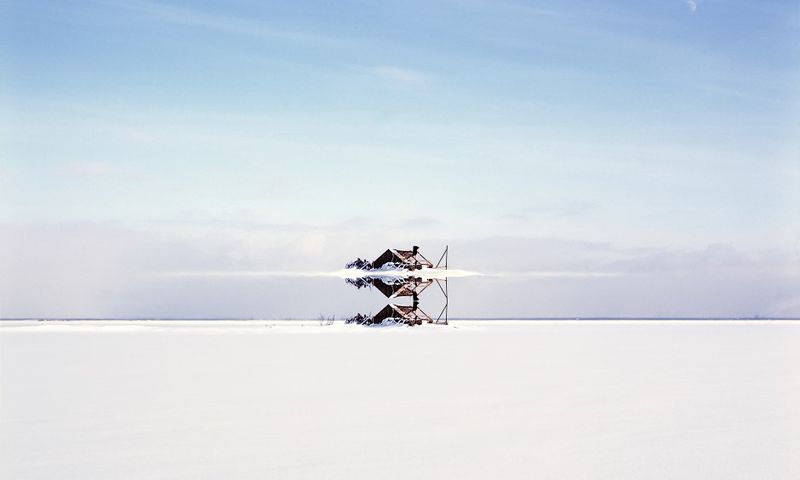 Haze. The shimmering air creates the effect of a wet road, and near it it is completely dry. 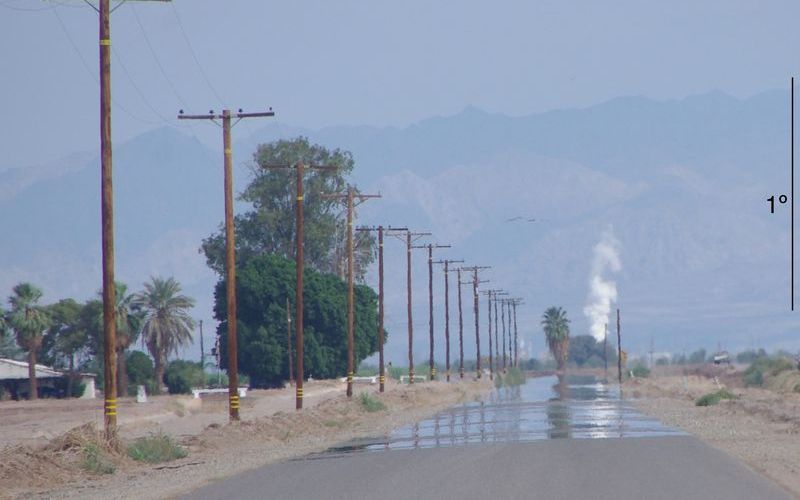 Glow in the form of rays and lightning. The fires of St. Elmo are a prime example. The spectacle is impressive, but it can be explained simply: the electric field ionizes the air molecules, a blue or violet glow appears, especially beautiful in the dark. 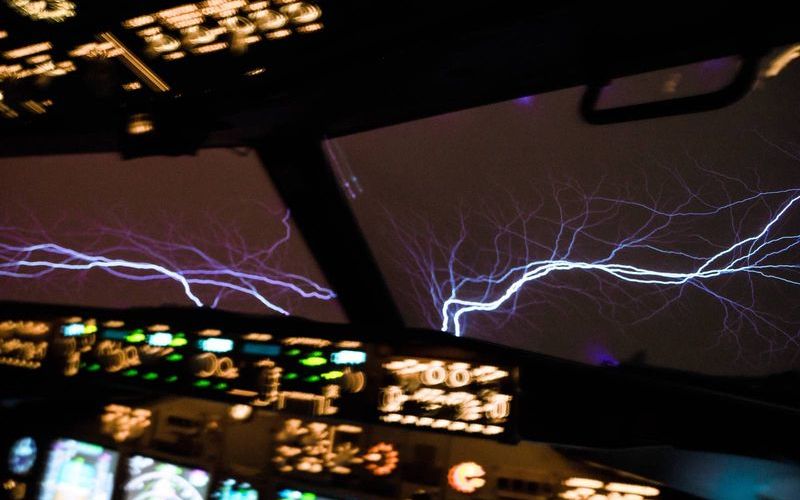 All these marvelous phenomena can be observed in different parts of the world. Think of the rainbow, the stories of the twinkling lights in the water (Devils Paasselkaili). Or look at the image of the sun “with ears” or more rare optical illusion – several suns at the same time. All these are “games of nature”, visual “tricks” that arise due to well-known physical processes.

If the examples described earlier are quite understandable, then chronomirages can be attributed to the most amazing optical illusions. Their nature has not been fully studied, and official science is still arguing how real such a phenomenon is and what caused it. Chronomy differs from the usual in that it reproduces a historical event or “possible future.” Castles, palaces and legendary personalities suddenly appear in the air. Such a sight is rare, but there are “special places” where most often you can accidentally encounter the past: 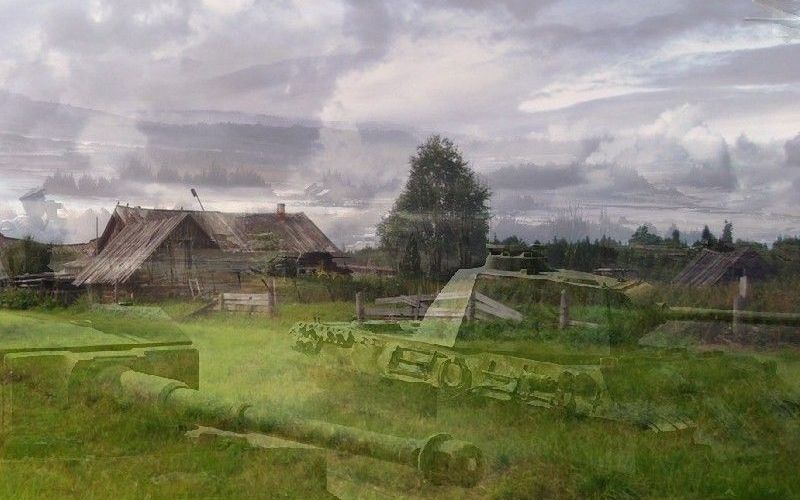 Chronomics were observed in Stockholm, Ireland, England, Russia and France. Some of them were photographed, others are confirmed only by eyewitness accounts, and sometimes quite large groups of people fell under the influence of visual deception. This means that hallucinations are out of the question, they suffer individually.

Stories about meeting saints, ghosts, or “evil spirits” are not always the product of fantasy or fevered imagination. The surest way to know if you should believe your eyes is to take a photo. Of course, there is a risk of “writing yourself crazy”, because such visions are very short and last only a few seconds. But still, sometimes it is possible to record several of the most amazing encounters with the other world:

Flying Dutchman. In the ranking of ghosts, this is the most famous mirage with its own long-standing legend. He was met by sailors in the Middle Ages, and was mentioned in stories as a very real ship. But the ghost, apparently, has not yet completed its mission, and continues to plow the ocean. 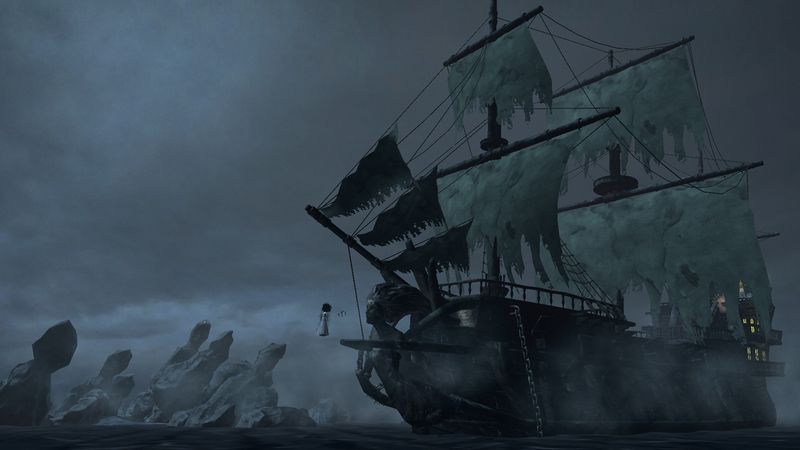 Broken ghost meets climbers. The high mountains, thin air, fog and lighting features do their job: many people saw the mountain ghost and described it in about the same way. Seeing ghosts is quite common. 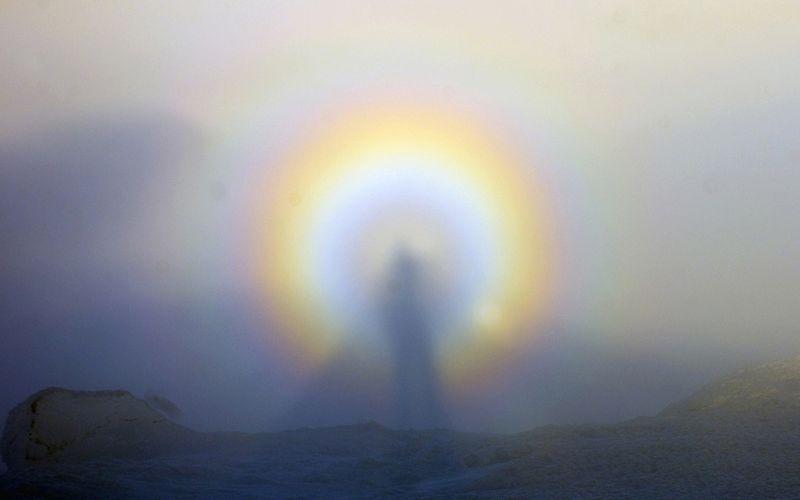 Among all peoples and on any continent, you can find references to the appearance in the air of the faces of saints, of the angels descending from heaven. Descriptions of such miracles are not uncommon, and numerous evidences suggest real “games of optics”.

It would be strange that man did not take advantage of the wonders of nature and the possibilities of optical deception. Think of the famous Count Cagliostro and other famous hoaxers. Magicians and illusionists built their tricks on the laws of physics. Already you will surprise nobody with disappearing and appearing objects, circus performance with “cutting” of an assistant and other tricks.

Knowledge of the laws of physics and the peculiarities of the perception of objects helped the great: Copperfield, Houdini, Geller, Kio, Hakobyan. Sleight of hand and optical illusions, combined with each other, work wonders: flying in the air, suddenly disappearing in front of millions of spectators. Illusionists take a responsible approach to the development of each trick, taking into account the degree of illumination, distance of the audience and other factors. But do not expose their secrets, let’s believe in a miracle for a while, and imagine that Copperfield’s flight is magic.

Visual perception is a special thing. Our eyes are “living” lenses that work according to all the laws of optics. Focusing and defocusing the gaze allows you to see a three-dimensional picture in dots and patterns. Even a simple three-dimensional image is perceived by us sometimes very interesting:

Who is bigger. Two identical figures will be perceived differently if you frame them in the form of an expanding tunnel. 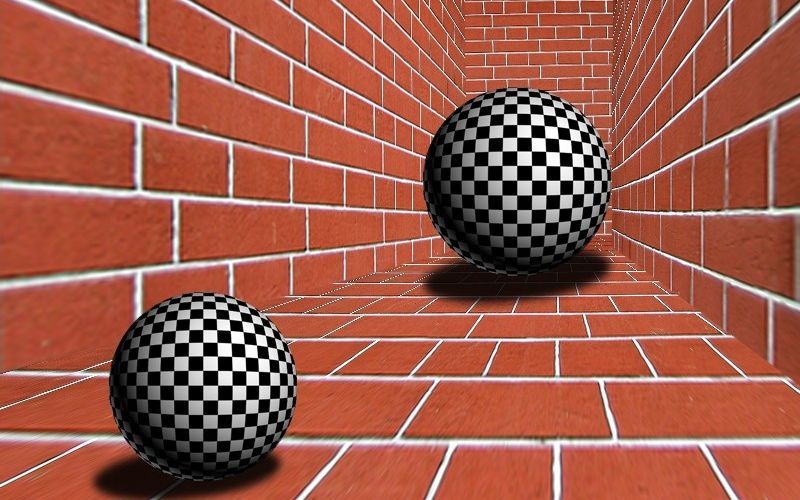 The balls in the image are the same size

“Live” pictures. A moving square, a snake, a whirlpool, swaying arrows, “pulsating” figures – all this is an appearance. It is based on the peculiarities of perception of points, color, image volume. 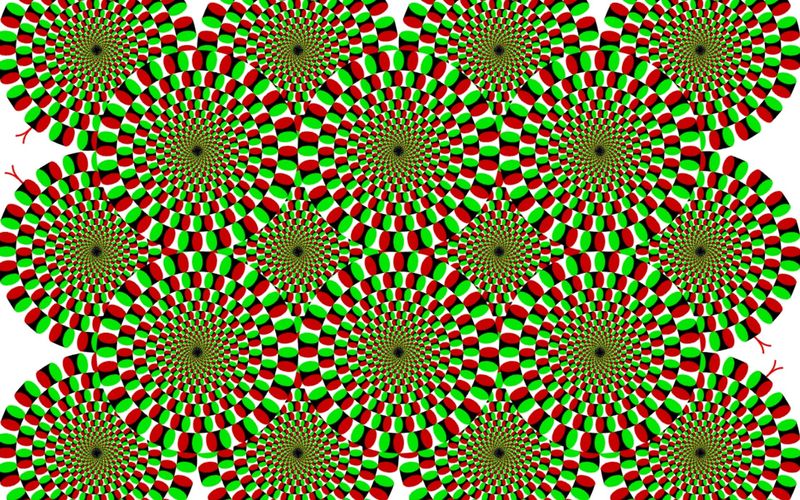 Thanks to the colors, it feels like the image is moving

Geometric paradoxes. Impossible trident, Penrose triangle, endless staircase and other pictures can literally drive you crazy if you try to draw them without knowing the optical laws.

Color perception. With the help of contrast, you can achieve stunning effects, look at the “multi-colored” cells, two trapezoids, the Mach illusion. 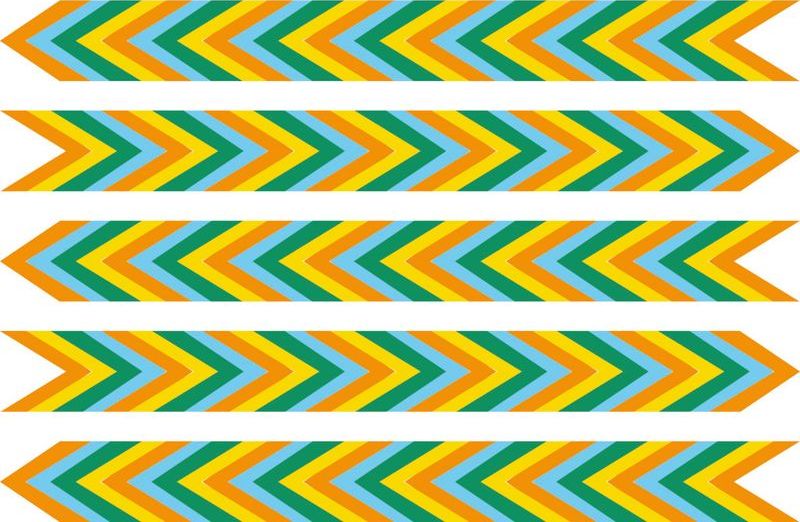 White lines in the image are strictly parallel

Volume. The image of volumetric objects is also the result of visual deception, we can say that their principles and foundations of 3D technologies are “berries from the same field,” physical laws work perfectly, deceiving the brain. The most famous: a portrait of a man made of coffee beans, paintings created with ordinary threads, the illusion of Gianni Sarkone. A spider drawn on plain paper comes to life in the video.

The variety of such paradoxes is based solely on the scientific basis of visual perception. And it gives a lot of scope for creativity and creation of new masterpieces.

It would be strange that a person, having solved the secrets of optics, did not use them in everyday life. They were adopted by:

Artists. Double illusions allow you to fit 2 images (frog and horse) into one picture at once. The well-known “revived” painting by Van Gogh and the mysterious Mona Lisa, which looks at you, wherever you stand. It is worth mentioning the three-dimensional picture of Leandro Ehrlich. And there are many such examples. 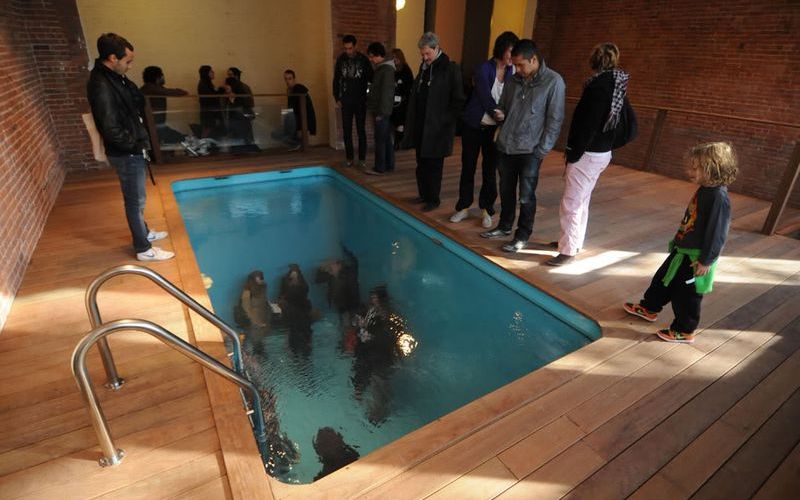 Designers. 3D interiors are something special! Do you want to have a crocodile at home? Invite Nikolai Arndt, he is a master at painting parquet floors. He can also organize an abyss with a bridge for you at home, walk to your health. To decorate the street, call Fintan Maggie, he will depict an astronaut on the wall for you, so much so that you cannot distinguish from the real one. There are also rugs with an optical pattern and 3D wallpaper. You can truly work wonders with this technology. 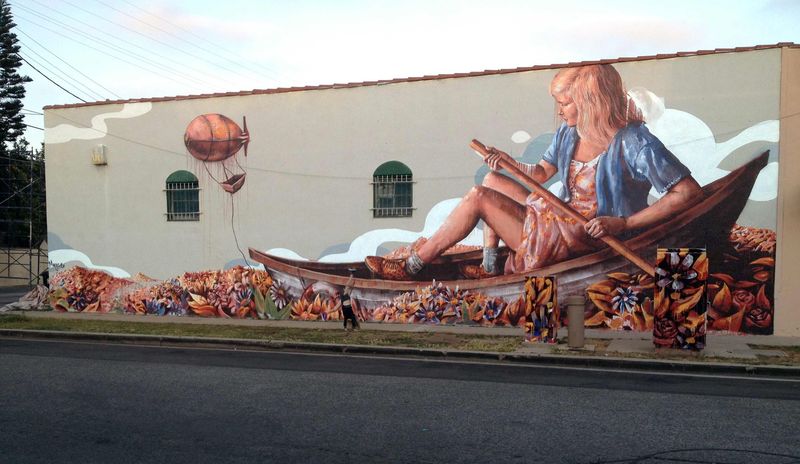 Movies and cartoons. Naturally, where else can you most often find a three-dimensional image. There are many examples, everyone can remember their own. 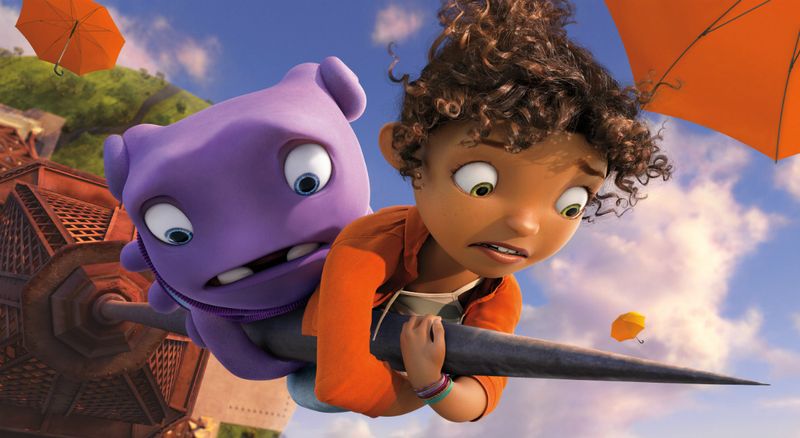 Photo. The popularity of photography in the 21st century has reached its peak. And the possibilities of “visual deception” help to take incredible photos. Without any editing, you can combine a man and a fountain, photograph a “soaring” girl, find an image of a mythical animal “push and pull” with the heads of a cat and a dog, or a modern “centaur”. The authenticity of these photos will be confirmed by any examination, why photoshop, if there is such a powerful weapon! 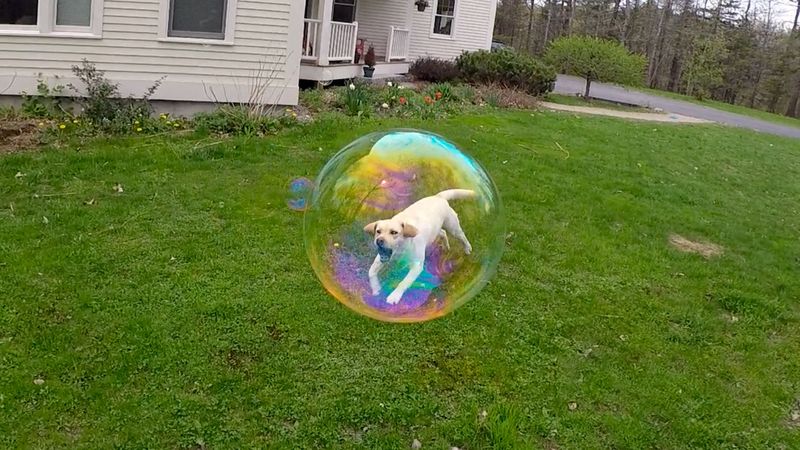 The scope of application of these ordinary wonders is not limited, knowledge and imagination are all that is needed to create a new niche in the amazing world of optical illusions.