Many people believe that physics is all boring formulas and problems that have little to do with real life. But in fact, it allows you to explain a lot of phenomena and things that happen in the world around you. Here is a selection of amazing facts about physics that will help you take a fresh look at such a complex science.

In films, scenes are sometimes shown when the hero is drowning in quicksand, but in practice this is impossible. Quicksand is an amazing phenomenon that has its name in physics – non-Newtonian fluid. Due to its high viscosity, it is not able to completely absorb a person or an animal, but at the same time it is very difficult to get out of it. It is very difficult to do this on your own: after all, just pulling one leg out of the quicksand will require an effort comparable to lifting an average passenger car. 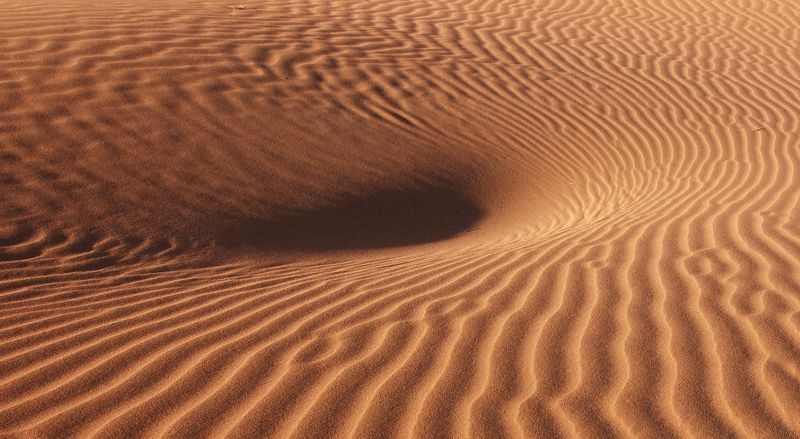 The main danger for a stuck person is dehydration, scorching sun or high tide. For those who find themselves in quicksand, the best course of action is to remain calm, spread your arms wide, lie on your back and wait for help.

The first overcoming of supersonic speed

The first human adaptation to break the supersonic barrier is a simple shepherd’s whip. Proof of this is the click that is heard with a sharp swing of the whip. It occurs due to the extremely rapid movement of its tip, which leads to the formation of a shock wave in the air. Similar processes are observed in airplanes that travel at supersonic speeds: due to the resulting shock wave, an explosion-like bang occurs.

An amazing fact in physics suggests that under certain conditions, hot water will freeze faster than cold water. This paradox contradicts the usual physical laws, according to which, under the same conditions, a more strongly heated body will take longer to cool to a certain temperature compared to a less heated body to the same temperature mark. It was discovered by a schoolboy from Tanzania in 1963, whose name was Erasto Mpemba. During a hands-on cooking lesson, he noticed that the hot ice cream mix in the refrigerator took less time to freeze than the pre-chilled product. 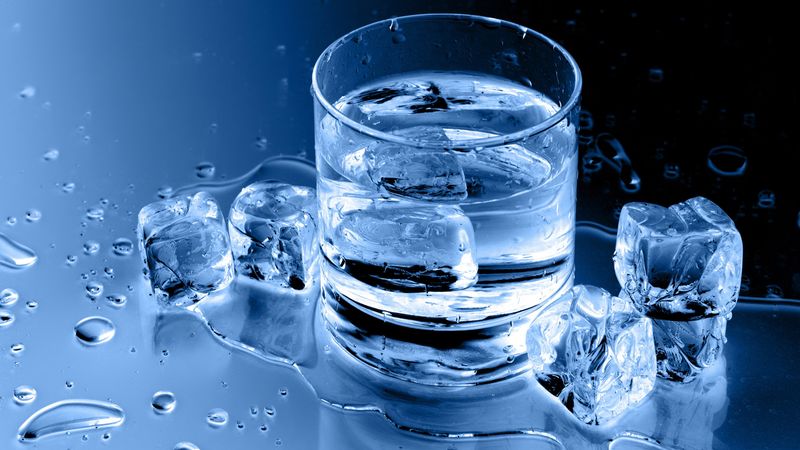 Scientists periodically put forward various scientific explanations for this unusual process, but so far they have not been able to provide a convincing explanation and proof of this mystery.

In Greek souvenir shops you can buy an amazing vessel called the Pythagorean Mug, into which liquid can be poured only up to the specified mark, otherwise everything flows out and nothing remains to drink. Such an amazing phenomenon is observed due to a curved channel located in the center of the vessel, which has two exits: one open from the bottom, and the other with an exit to the inside. The liquid is poured out according to the law of physics about communicating vessels, which was discovered by Pascal.

It is believed that Pythagoras invented the mug to restrict the use of wine and “punish” those who do not know the measure.

Why don’t mosquitoes die in a rainstorm?

Despite the fact that the mass of a rain drop is much greater than the weight of a mosquito, its hairs transmit only a minimal impulse to the droplet movement to the body, which explains this amazing fact. Although the blow of a drop on a mosquito can be attributed to a passenger car crashing into a person. In addition, this is facilitated by the fact that the collision of the mosquito and water occurs in the air, and not on a fixed surface. If a drop does not fall into the center of the body, the trajectory of the mosquito’s movement shifts slightly, and in the case of a hit to the center, the insect first falls with the drop, but soon shakes off quickly.

On the street, you can often see birds sitting on the wires of power lines. Only many are interested in the amazing thing – why they are not killed by the current transmitted through the wires. In physics, this is due to the low ability of their bodies to conduct electric current. 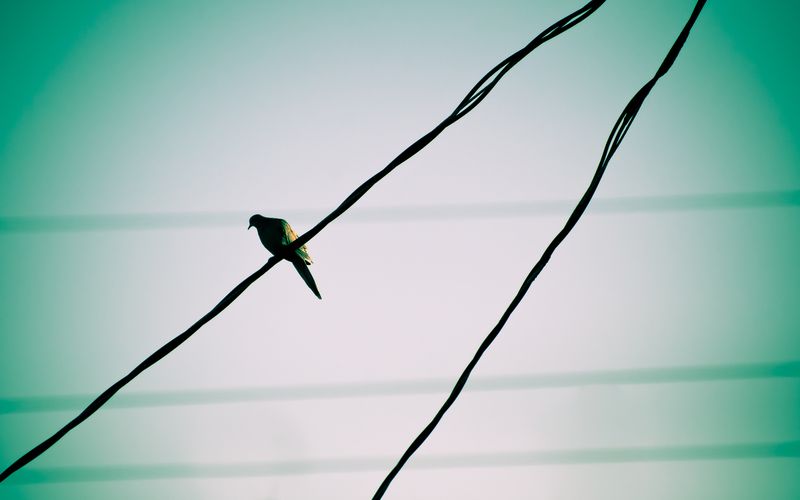 When the paws of the bird touch the wires, a parallel connection is formed, through which the minimum power current flows, and the electricity flows through the high-voltage cables, which are the best conductor. But if a bird touches any grounded object (for example, a metal support of a power transmission line), the current is immediately directed through the body, and it dies.

How to improve the chances of escape in a falling elevator

There is a version that at the moment the elevator car hits the ground, one should jump. But this is a common misconception, since it is almost impossible to accurately guess the “landing” time. Therefore, the best option to maximize your chances of escape is to lie on your back on the floor of the cab to create maximum floor contact. Thanks to this position, the impact force will not act on a separate part of the body, but will be distributed more evenly. Thus, knowing the amazing facts in physics may save someone’s life.

How to distinguish between raw and boiled eggs?

To do this, it is enough to sharply spin the egg on any surface: the raw one will stop almost immediately, while the boiled one will spin relatively quickly and for a long time. This amazing property is explained in physics by the fact that the latter rotates as a whole, and in the raw there is a liquid, not connected with the shell, contents. 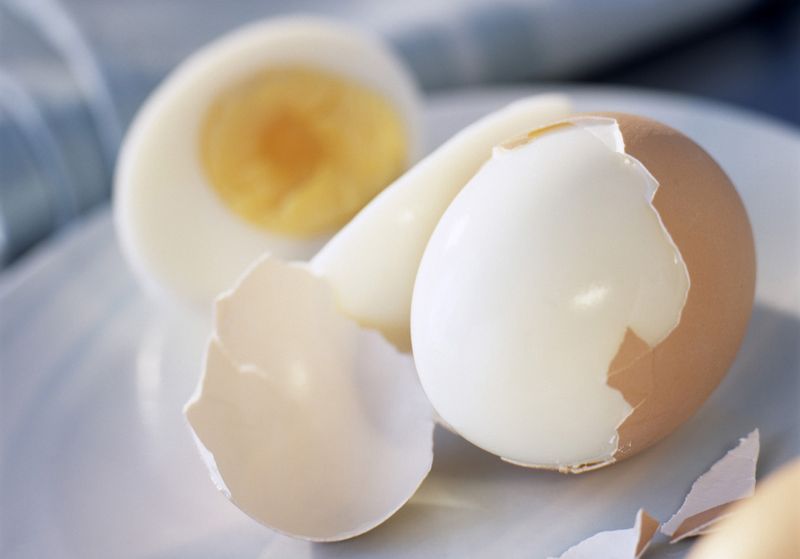 At the beginning of rotation, the action of rest inertia slows down the liquid part, it lags behind the speed of rotation of the shell, so the egg stops. During rotation, you can try to stop the egg with your finger for a couple of seconds. If you then remove your finger, then, by analogy, the raw egg will continue to spin, and the boiled one will stop.

In mountainous areas with constant wet winds, you can sometimes see an amazing phenomenon – lenticular clouds that hang motionless, regardless of the strength and speed of the wind. They are shaped like saucers or pancakes, so they are sometimes perceived by people as UFOs. Their appearance is possible at an altitude of 2-7 km, where humid winds constantly blow. 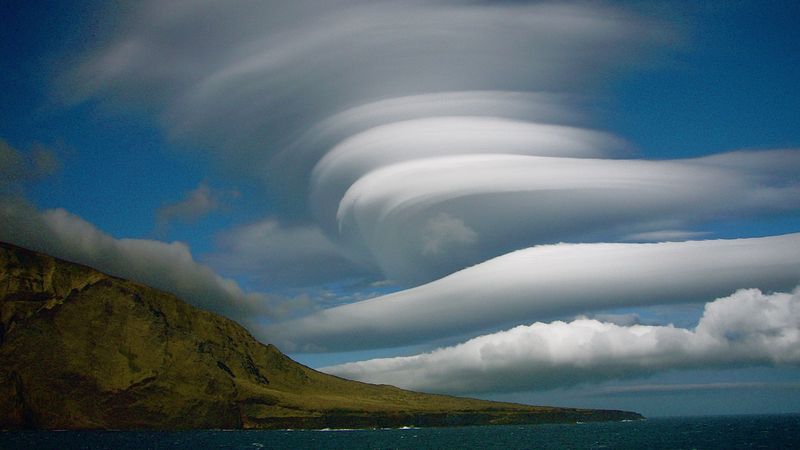 The stability of lenticular clouds is explained in physics by the simultaneous occurrence of two processes: at the height of the dew point, water vapor condenses, and drops of water evaporate on descending air currents. Usually, their appearance becomes a sign of an approaching atmospheric front.

The falling speed of all objects is the same

Most people believe that light objects fall more slowly than heavy objects: it seems logical that a feather will fall longer than a bowling ball. In fact, it is, but this phenomenon in physics is associated not with the action of earth’s gravity, but with the resistance of the atmosphere. If you conduct a similar experiment with a ball and a feather where there is no atmosphere (for example, on the Moon), then they will fall simultaneously. Galileo Galilei managed to figure out that gravity acts the same on every object, regardless of its mass, 400 years ago.

As you know, water is capable of conducting electricity well. It is because of this property that it is not recommended, for example, to swim in reservoirs during a thunderstorm, so as not to die from lightning if it falls into a reservoir. But the conductivity of the electric current is not associated with water molecules, but with the presence of ions of mineral salts or other impurities. Since there are practically no salts in distilled water, it is a dielectric.

Why are we talking about 7 colors of the rainbow

The amazing things in physics even concern the rainbow. Isaac Newton made the usual description of its colors in his work entitled “Optics” (1704). Using a glass prism, the scientist initially identified 5 primary colors: purple, blue, green, red and yellow. 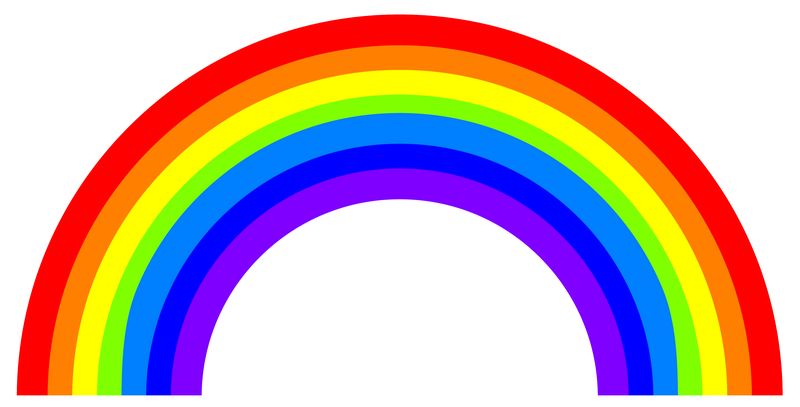 But since Newton was not indifferent to numerology, he wanted to compare the number of colors with the magic number 7, so two more colors were added – blue and orange.