Brazil is an amazing country in South America, original, with an interesting history and customs. All over the world they know about the famous carnivals, the successes of the Brazilian national team and, of course, about the unforgettable coffee. But, you see, this is not enough when it comes to such a large state. Therefore, let’s get to know the local customs better, some facts will be a real discovery for you.

Let’s start with a little historical background: nowadays a democratic state has managed to be in the status of a colony, empire, republic. Independence Day is one of the main holidays. Since 1822, parades have been held in all cities; on September 7, the ground forces, the navy and aviation have been demonstrating their power. 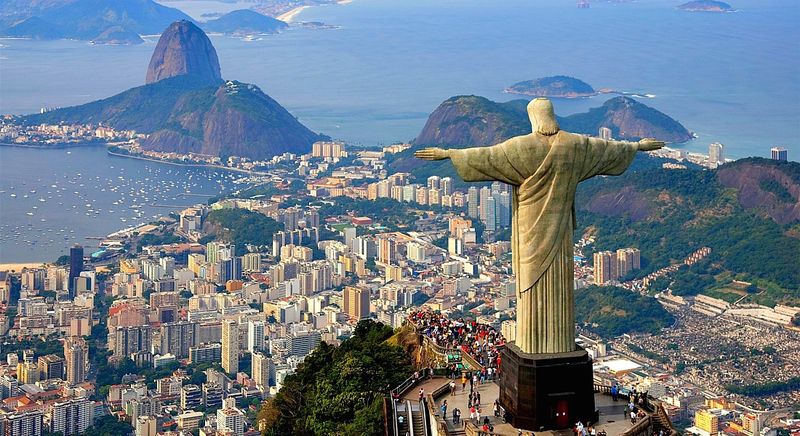 The official language is Portuguese, and this is surprising, because in South America, Spanish is mainly spoken. And the Brazilians defended their independence precisely from Portugal. Another interesting fact: Brazil has a border with France. How can this be? Simple: in the neighborhood is the territory of French Guiana. It seems to be a paradox, but it turns out that two states located on different continents are neighbors, and even with a land border.

And now a little about records and amazing facts regarding statehood: 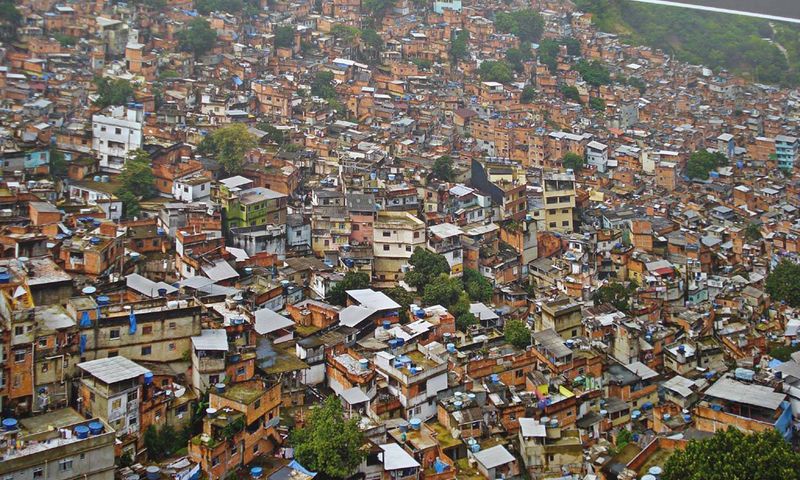 And now we will continue our acquaintance, but with the economy of this state.

At the moment, the economy is considered one of the most reliable and sustainable in the world. More specifically, Brazil: 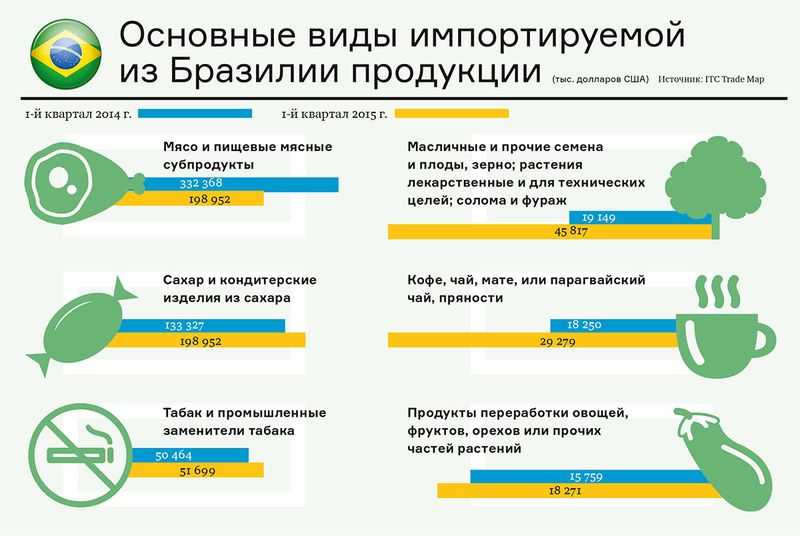 It should be added that Brazilians practically do not use cash, the main payment method is plastic cards. Well, if you decide to pay in cash, do not wait for the change “to a penny”, it is not accepted here.

Each nation is unique in its own way, it has long been known: “do not go to another’s monastery with your own charter”. In order not to find yourself in an awkward position, do not use gestures that may mean something completely different abroad. For example, the well-known sign “OK” here will be considered an insult, it means “insignificance, zero.” And the locals love to be the first in everything – this is their national trait. And if you suddenly show someone a “fig”, they will think that you drive away evil spirits.

Brazilians are very sociable, they can talk to a stranger. And generous: don’t be surprised if you just get your own watch or hat. By the way, the most popular gift here is flowers. If you do not want problems, do not flirt with girls on the street, they may have a jealous friend or husband (the locals react violently to such attempts, they are jealous and impulsive). It is generally not accepted here to “pester” strangers on the streets. But you can safely say a compliment: “You have a beautiful ass.” It is decent, and the figure is considered the main advantage of the lady. 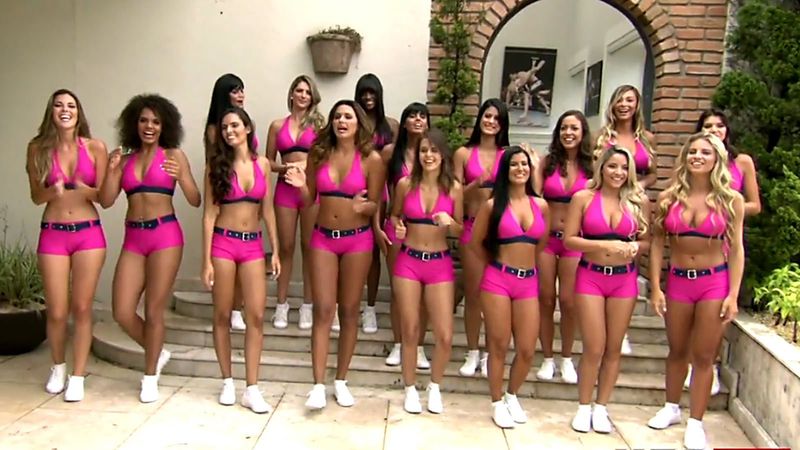 Brazilians are considered the happiest people in the world: they are cheerful and do not like to complain. And they are sociable, ready to talk for hours even with strangers. And they value the family very much, it is believed that the most distant relatives are close people. A sort of “branch of the Caucasus” at the equator. Families are large here, at least 3 children. Moreover, the number of divorces is minimal: firstly, the Catholic Church does not approve. Secondly, they don’t get married here before 25 – 30 years old, and it is customary to meet at least 5, you have to “check your feelings”.

After marriage, Donna does not take her husband’s surname, but attaches it to hers, and the children have a double surname from birth, mom and dad. In terms of names, Brazilians are great creatives. In addition to the most popular (Julia for girls and Gabrielle for boys), children can be named: Lenin, Anna Karenina, Barbie, Liverpool. In general, I liked the word – that’s the name for the baby.

Houses in cities are not high: there is a special law that does not allow the construction of buildings higher than 6 floors. And there are no outdoor advertisements on the streets – this is prohibited. You will not see wallpaper and carpets in the apartments. But each has at least 3 baths. But without hot water, the climate is hot here, and a cold shower is what you need. Moreover, several times a day, the Brazilians are very clean. And even in the office they keep a toothbrush. By the way, it is customary to give the fallen milk teeth to teachers, they are taken to dental clinics to make prostheses for adolescents who have lost molars. And this is not difficult: the locals are big sweet tooth. Their desserts will seem sugary to us, they are three times sweeter than ours.

Sociability and non-punctuality can be called national traits. It is customary to visit here, especially to relatives. But if the family meeting is scheduled for 12, guests are not expected earlier than 3 o’clock. Why, they will be late anyway. Moreover, they are late always and everywhere: people go to work, transport does not run on schedule, and you can wait six months for a queue to see a doctor, even a news release can come out 15 to 20 minutes later! Big cities during the day are full of traffic jams and queues, but this does not annoy anyone, it helps out sociability. But in the evening it is dangerous to go out on the streets, the crime is “walking”. There is even a special law allowing cars to drive through a red light from 10 pm to 5 am. This is not to be robbed at the traffic light.

This is how they are, the mysterious Brazilians. Warm and welcoming, generous and helpful. Do you know that more than anything they do not like to refuse? The word “no” is not from their vocabulary. If they say to you: “Probably, later, I’ll think about it,” it means: never, do not even wait. Although even a “firm promise” is not a guarantee of its fulfillment, well, they do not want to offend you with a refusal, and that’s it!

Brazil is a tourist country, they love rest and entertainment. And there are a lot of them:

Hospitable Brazilians don’t want to travel. They love their homeland, their customs and prefer to relax at home, the conditions allow! Moreover, they prefer active entertainment and a healthy lifestyle.

Coffee is a state symbol, it is drunk 24 hours a day and in huge quantities, it is even given to children. But cocoa remains the favorite drink. And milk lovers also live here, well, those who can afford this pleasure, its cost is high, like a bottle of whiskey. The national soft drink is guarana juice or soda. Not surprisingly, Brazilian women can boast of a good figure: dancing, swimming and fat burning guarana every day! Two types of alcohol are preferred here: beer and cachaça, local cane vodka.

The food in this country is delicious, the main side dish is potatoes, rice and beans. Moreover, they are often served at the same time. Matching is generally a specialty of local cuisine, only here you can order pizza with two fillings at the same time 50/50. From meat delicacies – beef in a variety of variations, and pork is considered “too fat”, the locals do not eat it. Feijoada, a bean stew, is a favorite national dish, and cheese bread is preferred for breakfast.

Guests have something to see:

There are many attractions here, any tour will leave an unforgettable experience.

The flora and fauna are amazing and diverse. Judge for yourself:

Everything here is amazing, unique and unusual. Do you want to get a lot of new vivid impressions and how to relax? Make Bender’s dream come true, come to Rio de Janeiro. True, then a slight disappointment awaits you: the book hero said that everyone here wears white pants. This is not true. Simple and bright clothes are in fashion, slates are versatile shoes (even for a restaurant). And most often swimwear is bought from clothes!