Altaians are an ethnic group of peoples living in southern Siberia, at the foot of the Altai Mountains. Altai traditions, which developed many centuries ago among the indigenous peoples, are carefully preserved and passed down from generation to generation, being considered an integral part of social and family life. 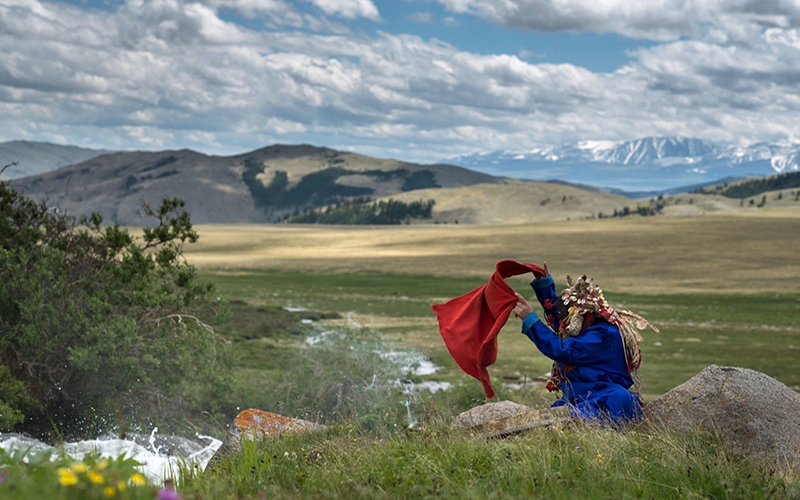 The peoples living in Altai are divided into northern and southern. The inhabitants of the southern regions, Teleuts and Teleses, spoke the Turkic (Oirat) language. Since these peoples led a nomadic way of life, their dwelling was a portable felt yurt with folding lattice walls. National clothes – homespun shirts, wide trousers, fur coats with fur inside, belted with a piece of fabric. 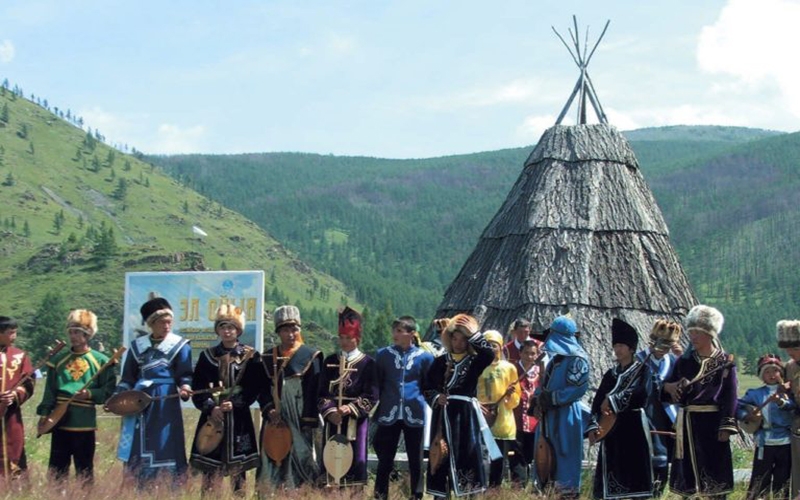 The northern representatives of the Altai people (Kumandins, Chelkans, Tubalars) spoke the North Altai language. These peoples led a settled way of life, settled in river valleys, in large wooden houses. The house was divided into male and female halves. In addition to the living room, the men’s quarter had a room for storing weapons and gear, and the women’s quarter had a kitchen and utility outbuildings designed to store food supplies. Wide trousers, linen shirts embroidered with colored ornaments, and over them a loose-fitting robe served as the national costume of these nationalities.

The inhabitants of Altai are very hospitable, and even a stranger who enters the courtyard will be invited to tea. Altai culture and traditions require the impeccable implementation of the rules of etiquette. There are special rituals on how to properly receive a guest: where he should be seated, how to serve him tea, an alcoholic drink or a smoking pipe. 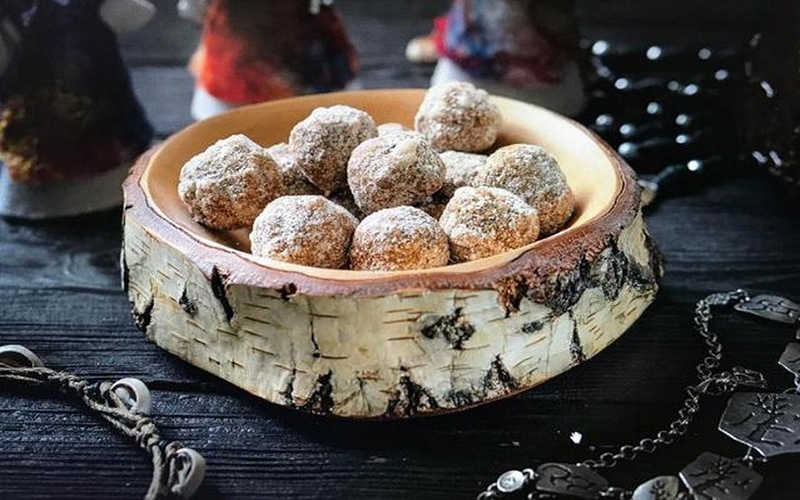 The traditions and customs of the Altai Territory are based on great respect and love for nature as the source of life on Earth. Each tribal community had its own sacred mountain, where, according to legend, spirits live – the protectors of the clan. The main deity among the Altaians was considered Eezi, who lives on Mount Uch-Sumer. An ancient rite is associated with the veneration of this deity, according to which it was customary to tie a ribbon to a tree at the passes, while turning to the spirit with a request to give health and well-being to loved ones. In places where trees do not grow, a hill made of stones was decorated with a ribbon. 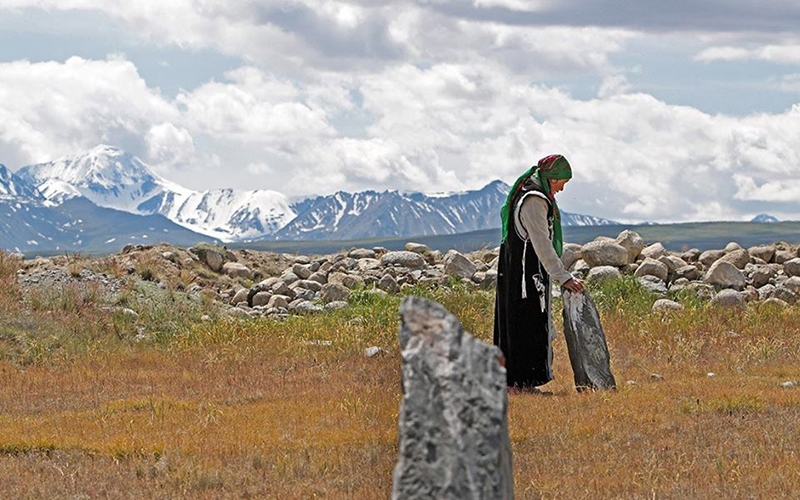 The musical traditions of the Altai peoples are unique, dating back to ancient times, and each nation has its own specific structure and coloring of the melody, an authentic feature of vocals. The northern Altaians are characterized by elements of polyphony, colorfulness and a wide range of melodies. The manner of performance of these nationalities is similar to the Russian one, which is explained by the historical ties of the inhabitants of this region with the Russian population.

The Southern Altaians have original vocal features inherent only in their musical culture. This is throat singing (“Kai”), which is accompanied by playing stringed plucked instruments – topshura and scimitar. This particular art of singing serves both as a prayer and as a rite, bringing performers and listeners into a trance-like state. 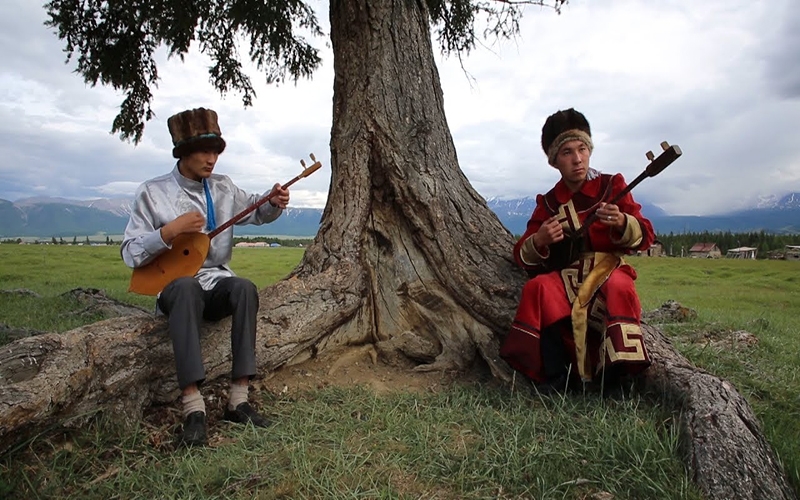 In the Altai family, the head is the father. A man is a protector and earner, and a woman is a keeper of the hearth, a higher being who gives life to offspring. Girls from an early age are taught to run the household, and the father teaches the boys how to hunt and how to handle horses. According to tradition, the youngest son lives with his father and mother, he takes care of them in old age.

The creation of a family among the Altaians is considered mandatory, old maids and unmarried elderly men did not enjoy authority in society. True, married people were considered full members of the community only after the birth of their first child. 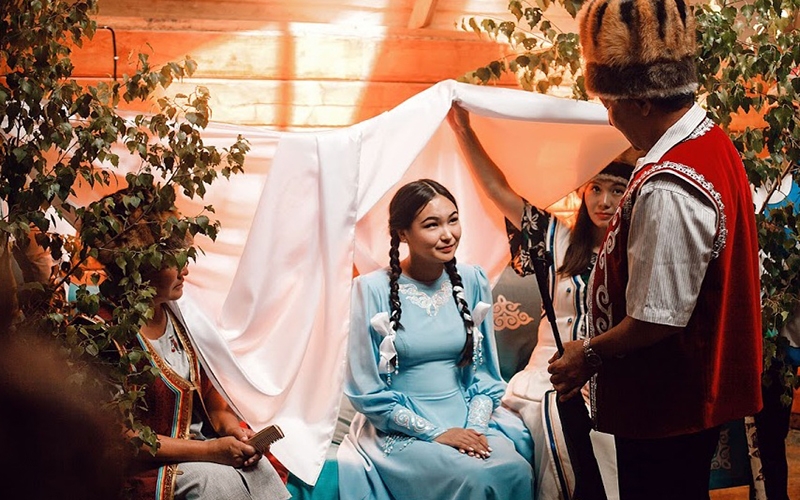 A wedding in Altai has its own characteristics. According to Altai traditions and customs, the wedding ceremony consists of four stages: matchmaking, preparation for the wedding, wedding feast and post-wedding stage. A festive feast among the Altaians is accompanied by many ancient Turkic rituals and takes two days: on the first day, the groom’s family receives guests, on the second – the bride’s family.

Altai families and the birth of children are widely celebrated, on this occasion they slaughter a sheep or a calf and arrange a rich feast. The rite of baptism of a newborn is carried out in the period from the 8th to the 40th day of his life: it is believed that at this age the baby, having been cleansed of original sin, comes under the protection of the Lord. On the day of the christening of a child, his relatives are not allowed to work with an ax and a shovel, and it is also forbidden to offend animals.

The festive traditions of Altai are very diverse and truly unique, and therefore attract the attention of numerous tourists. The most important national holidays among the Altaians are: 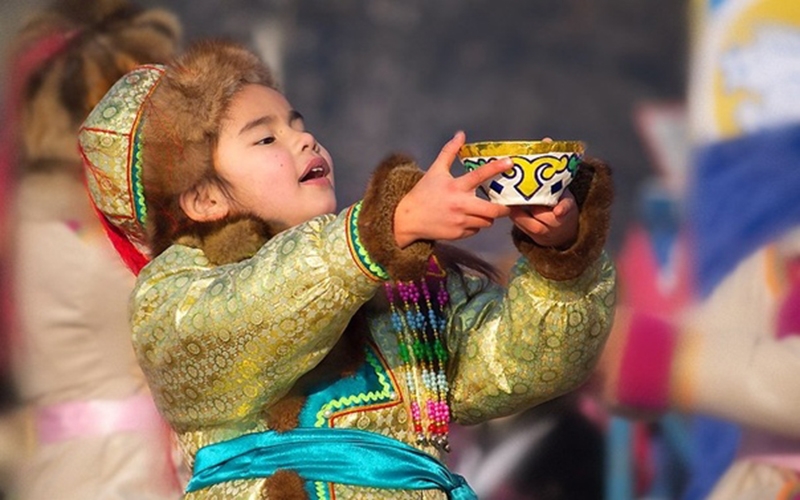 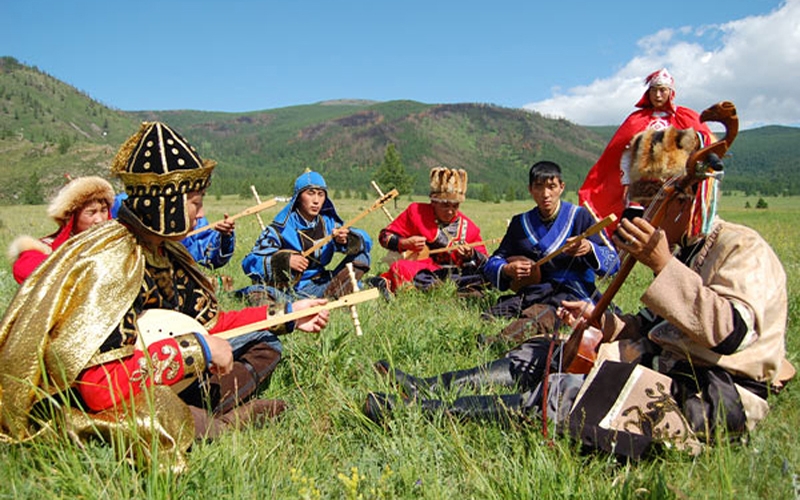 A number of festivals are also held annually in Altai, both on a national scale and regional ones: 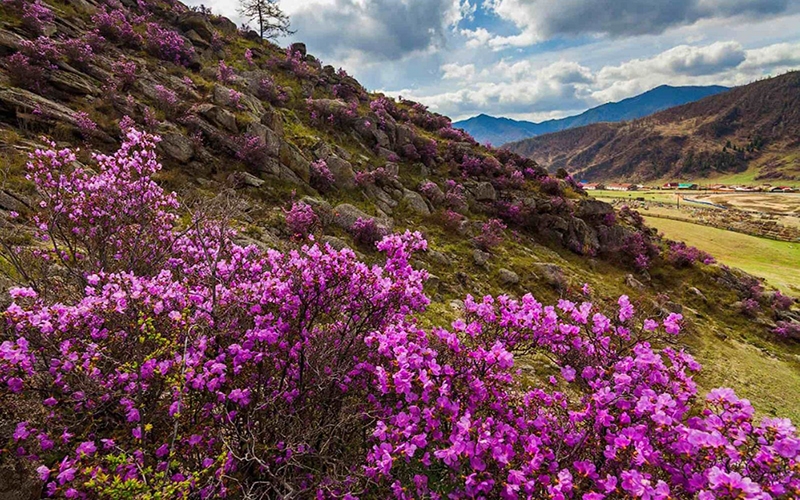 According to tradition, Altai annually honors its famous fellow countryman, actor and writer Vasily Makarovich Shukshin, in the month of July. The film festival “Shukshin Days” starts in Barnaul and continues in several other cities of the Altai Territory. Each of the participants of the holiday, and among them famous actors, film directors, writers, considers it his duty to visit Mount Piket, located near the village of Srostki. 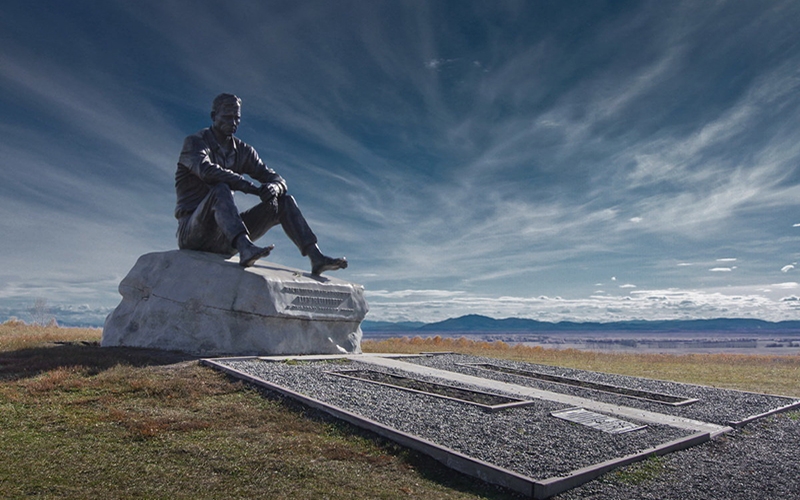 In these places, on the banks of the Katun River, Shukshin liked to sit. In 2004, an 8-meter bronze monument to Vasily Shukshin was erected here.