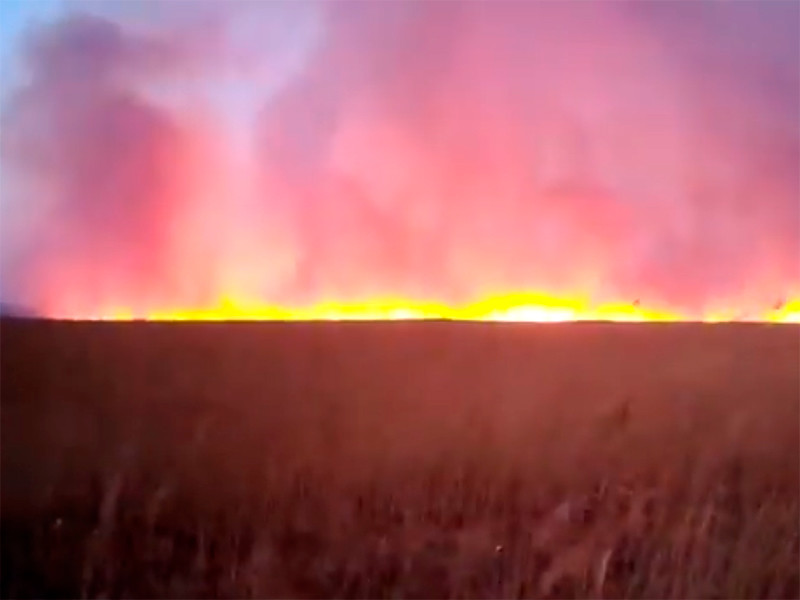 A natural fire with an area of ​​more than 4 thousand hectares occurred in the Khasansky Natural Park in the Primorsky Territory. Sergei Moskalets, director of the regional Directorate for the Protection of Wildlife and Specially Protected Natural Areas, told TASS that as a result of a ground fire, reeds burned out on slightly less than half of the park’s area.

Earlier in local social networks, there were reports of a major fire in the nature park, which, according to activists, destroyed not only vegetation, but also animals in the territory of almost the entire specially protected area. The management of the park said that these data do not correspond to reality.

“The park is divided into two zones: a reserved zone and a zone of custom and economic use. In the first, about 600 hectares were burnt, this is 20%, in the second – about 3.5 thousand hectares, this is about half. The fire was grassroots, mostly reed vegetation was burnt out. on wetlands, so the damage to the nature of the park is small. The fire was extinguished for two days from January 7, strong winds complicated this work. The reasons are still being established, but we are sure that this is arson, since this season the fire simply has nowhere to spontaneously come from, ” – said Moskalets.

He added that a statement about arson had already been submitted to the police. The amount of damage is still being calculated by experts. At the same time, not a single corpse of deer and other animals has been found at the site of the fires. The Amur Basin Environmental Prosecutor’s Office began an investigation into the fire.

Olga Dymnikova, the head of the environmental department of the Element charitable foundation, said on Facebook that she intends to apply to supervisory authorities to assess the actions of firefighters and local authorities when extinguishing the natural park.

According to her, firefighting services arrived at the scene 7 hours after the fire, although they received a message about the fire immediately. In addition, the fire was not extinguished from an airplane, but a voluntary fire brigade was engaged in it on the ground. According to Dymnikova, the squad has the ability to stop fires in the park, but the park’s management does not conclude an appropriate agreement with them. “All night 5 people put out the fire on enthusiasm!” – she wrote,

In addition, contrary to the mandatory fire-prevention measures, mineralized strips were not carried out on the territory of the park, which should be regularly maintained, and the fires themselves occur in the park regularly: in 2005 and 2017, it completely burned out. At the same time, the park does not have a mandatory security zone, and a hunting farm is located on its territory: repeated appeals to the relevant ministries have led nowhere.

The natural park “Khasansky” with an area of ​​9,984 hectares was created in 1997 on the territory of the Khasansky municipal district of the Primorsky Territory. It is a specially protected natural area of ​​regional importance and was created to preserve the wetlands of the Tumannaya River delta, which are of international importance as a habitat for waterfowl.