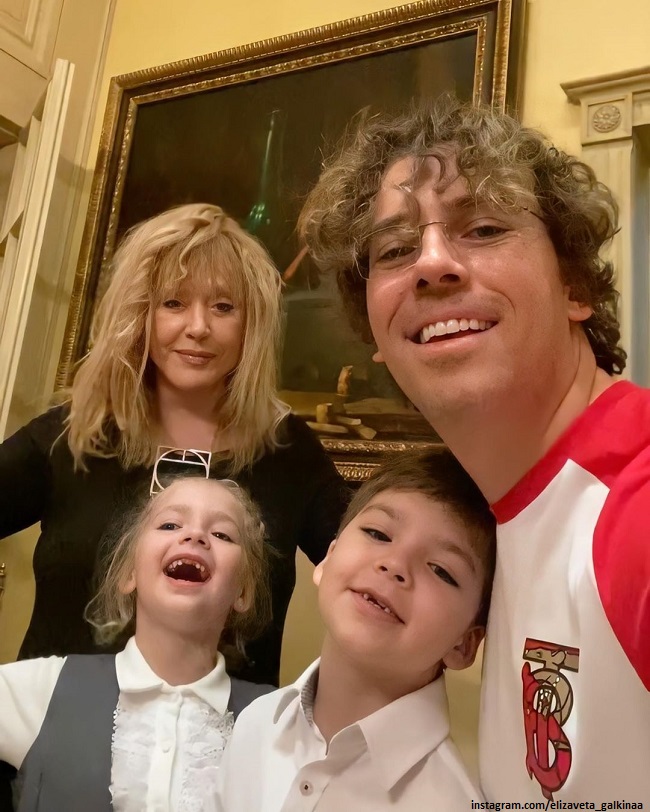 The day before, singer Alla Pugacheva celebrated her 72nd birthday in the family circle. Christina Orbakaite flew in from the USA to a festive dinner at the castle, where she met her sons.

On the evening of April 15, in the mansion of Alla Pugacheva and Maxim Galkin in the village of Gryaz near Moscow, a family celebration was held on the occasion of the birthday of the Prima Donna of the Russian stage. The singer turned 72 years old, with which her friends and fans congratulated her all day. And the closest people of the star were invited to dinner. For the birthday of the Prima Donna, her whole family was reunited.

For guests, among whom were seen Pugacheva’s friend Alina Redel, daughter Christina Orbakaite with her husband Mikhail Zemtsov and children, Maxim Galkin and, of course, his children with Alla Borisovna, 7-year-old Harry and Lisa.

The daughter of celebrities has become a real star of the holiday. To the piano accompaniment of Alla Borisovna, Lisa sang her hit “A Million Scarlet Roses” in French. Maxim Galkin also took part in a home concert number – he sang along to his daughter, trying to strike a high note. Lisa, dressed in a scarlet festive dress, confidently handled the creative material.

It should be noted that red has become one of the main colors of this holiday. Christina Orbakaite came to congratulate her mother in a scarlet outfit. And in one of the videos from the house party, Pugacheva gave her grandchildren a gift – red T-shirts with the words “I should have listened to Alla Borisovna“. “This is for your memory “– she said. Nikita and Denis were touched by the Diva’s present. Family footage was published by Nikita’s wife Alena.

In one of the rooms of the multi-storey castle of celebrities, a long table was laid for relatives and friends. And at the end of the holiday, a three-tiered cake with edible notes and scarlet roses was brought to the table. Alla Borisovna made a wish to the applause of the audience.

Orbakaite’s 9-year-old daughter, Klavdia, painted a bouquet of scarlet roses for her grandmother. “Happy birthday, Allochka“, – she signed the picture.

Recall that the singer’s family began to congratulate her on her birthday in the morning. Maxim Galkin, along with twins Harry and Lisa, gave her flowers. The children presented homemade postcards and recited poems. Christina Orbakaite succinctly congratulated her mother on the social network: “Happy Birthday dear! Our soul and attraction“.