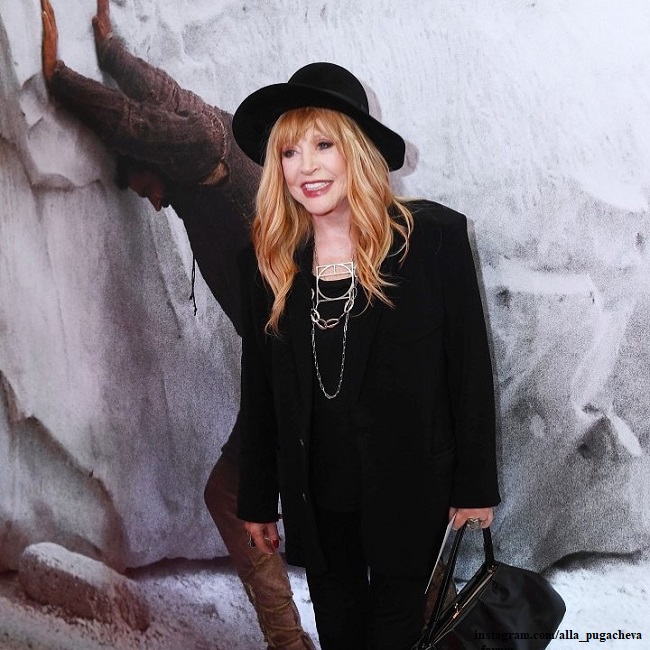 The prima donna's nephew Vladislav became a father back in August, but all this time he kept the good news secret. A relative of Alla Pugacheva named the newborn daughter Eugenia.

Alla Pugacheva's nephew has a difficult fate. Vladislav suffered from alcohol addiction for a long time. Several years ago, the Prima Donna even took his son Zhenya from him, believing that a relative could not take care of the child on his own.

But Vlad was able to cope with addictions after he met a new love in the person of the beautiful Guzel. Last year, the couple got married, and soon Vladislav's chosen one became pregnant. The spouses did not spread that they became parents.

"Guzel said that she would become a mother in September. But she unexpectedly ended up in intensive care, lay there for a month, and the baby was born earlier - on August 3. Vlad was very worried, but the girl is absolutely healthy. Her name is still kept secret. But it seems like they called her Zhenya too", - told surrounded by a couple of the magazine" Zvezdach ".

Also, the friends of the lovers emphasized that Guzel and the baby had been at home for a long time. Both are doing well now. Vladislav himself is very happy with the birth of a child and tries to surround his loved ones with care.

Recall that Vladislav's eldest heir does not contact his father, since now he has a new family. The child has been living for the sixth year in the house of the driver and assistant of the Prima Donna - Igor. "Zhenya is very similar to the late grandfather of Yevgeny Borisovich. Alla takes care of him and provides absolutely everything. The boy has his own room, a lot of clothes and toys, a computer. Often at sea. Doesn't feel superfluous. Alla takes him with her for the holidays. Familiar with all the offspring of the artist's rich and famous friends. He is also not forbidden to communicate with his mother, however, while on the phone. Thanks to Pugacheva, the child had the main thing - childhood", - told earlier friends of the Prima Donna.

Vladislav himself does not demand anything from a famous relative. On the contrary, he wants to restore his life on his own, destroyed due to addictions. Now Pugacheva's nephew lives and works in the Ryazan region.