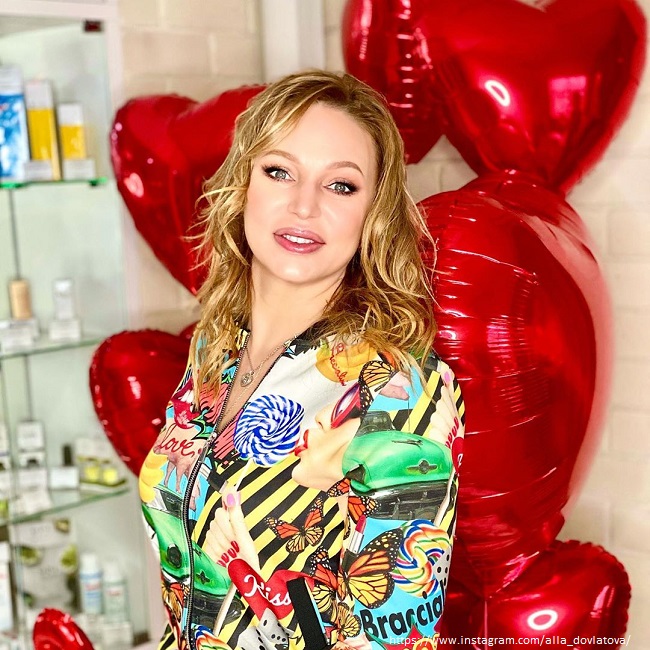 For the first time in a long time, the artist showed her youngest child to the public. In 2017, the radio host became a mother for the fourth time. She had a daughter, whom she named Masha. The girl grows very similar to her mother, both externally and in character.

The radio star brought Masha to the studio where she works the day before. On her Instagram, Dovlatova showed a photo of her grown-up daughter sitting at her workplace. By the way, the baby has already decided on her future profession. The girl dreams of following in her mother’s footsteps and becoming a presenter or, perhaps, an artist.

“Masha, unlike the rest of my children, told everyone many times that she would be an artist and would work on the radio“, – said Dovlatova.

Dovlatova’s fans wished her daughter the fulfillment of all desires. At the same time, a discussion of the adorable appearance of the presenter’s child arose on the Web. “Straight to the cover of the magazine! Such a wonderful mini-presenter “,” Mom’s copy, beauty “,” Honey, very similar“, – subscribers are happy for Alla.

Dovlatova, we recall, got married twice. In a marriage with Dmitry Lyuty, she had a daughter, Daria, who is now 21 years old, and a son, Pavel. In 2007, Alla divorced a St. Petersburg entrepreneur and remarried. Police Lieutenant Colonel Alexei Boroda became her new chosen one. Their meeting happened thanks to Philip Kirkorov, who brought the presenter together with his acquaintance. A year after the marriage, they became parents – they had a daughter, Alexandra. Ten years after that, Alla became pregnant again.