Alexey Navalny goes on hunger strike in the colony 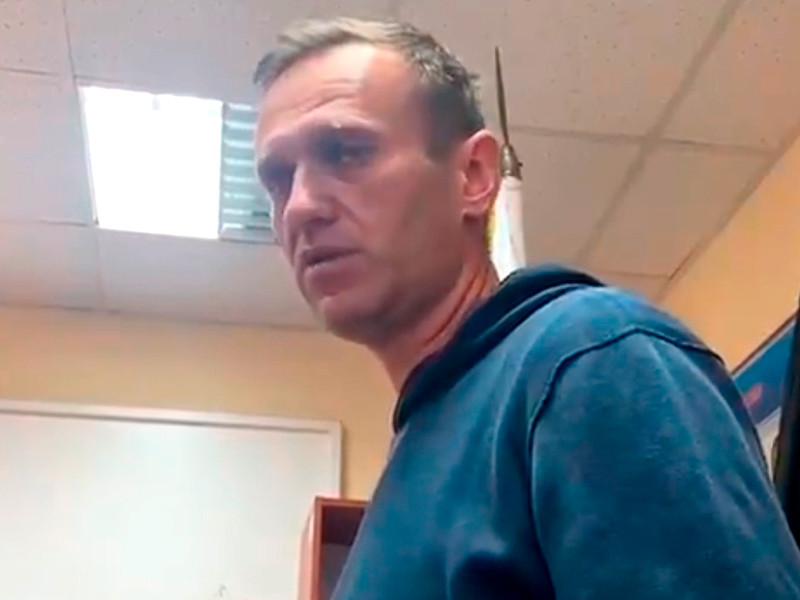 Opposition politician Alexei Navalny, who is in the Pokrovsky colony in the Vladimir region, has gone on a hunger strike because of the brutal treatment of the administration.

“I went on a hunger strike demanding to comply with the law and let a visiting doctor come to me. So I’m lying hungry, but so far with two legs,” says a post on Navalny’s Instagram blog.

As the oppositionist emphasized in a written statement to the head of the colony with a hunger strike, the prisoner “has the right to invite a doctor and get medicine.”

“They don’t give me either one or the other. The pain in my back has spread to my leg. Parts of my right and now my left leg have lost sensitivity. Jokes are jokes, but this is already annoying,” the politician explained in his blog.

According to him, the lack of medical assistance is complemented by three weeks of torture: Navalny is deprived of the opportunity to sleep, he is woken up 8 times a night as “inclined to escape.”

In addition, the guards, according to Navalny, are making very petty attempts to annoy him. When a politician leaves for the medical unit, someone sprinkles sand near his bed. At the same time, the administration of the colony “persuades convicts -” activists “to intimidate other prisoners. Because of this,” ordinary prisoners “stopped cleaning near Alexei Navalny’s bed:” Lesha, sorry, but we are stupidly afraid. This is the Vladimir region. The life of a prisoner is worth less than a pack of cigarettes. “

Alexei Navalny does not exclude that there is malicious intent in the sharp deterioration of his health. “Taking into account that not so long ago FSB officers tried to kill me with chemical weapons, but state medicine declared it a metabolic disorder, I – as they say – are plagued by vague doubts about the causes of the disease and the prospects for recovery,” Navalny said in a statement.

“There are about 20 reports under consideration, including such as: got out of bed 10 minutes before the command” wake up “, refused to go to exercise, saying to the head of the squad:” Let’s go get some coffee, “refused to watch the video lecture, calling it idiotic, on I wore a T-shirt at the meeting with the lawyers (I’m not kidding), “Alexei Navalny said.

For two reprimands, the convict faces a punishment cell, “and this is an unpleasant thing, the conditions there are close to torture.” According to Navalny, a seven-person disciplinary commission is reprimanding him in the colony, “sitting under a portrait of Putin.”

Lawyers said that due to a possible transfer to a punishment cell, Navalny would not be able to apply for parole.

It also became known earlier that Navalny’s health began to deteriorate. He experiences severe back pain, cannot lean on his right leg, which has lost sensitivity in places. In the colony, he did not receive any proper assistance, confining himself to two ibuprofen tablets. The civilian doctor, whom Navalny trusts, was not allowed to be brought to the colony. Also, a piece of paper with a set of exercises for the back was taken away from the lawyers.

Members of the Public Monitoring Commission (POC) of the Vladimir region, who visited Navalny in the colony on March 27, confirmed that the politician’s health had deteriorated and he was not receiving proper medical care. Navalny asked for assistance in receiving Diclofenac injections to relieve pain in his leg, but continues to walk on his own.

About 160 cultural figures, human rights activists, journalists and politicians spoke out in support of Navalny, demanding to create normal conditions for him in the colony and to stop torturing him with insomnia. How “prone to escape” Navalny is woken up every hour at night, filmed and commented on this process.

The US State Department, the Foreign Ministries of Great Britain, Latvia, Estonia and Lithuania, as well as the European Union called on to provide Navalny with medical assistance. Russian doctors in an open letter to the leadership of the Federal Penitentiary Service and the country demanded that civilian doctors be allowed to the policy. They warned that the lack of timely medical assistance threatens with serious consequences for the oppositionist, up to and including the loss of the functions of the lower extremities.

Press Secretary of the Russian President Dmitry Peskov, answering on Monday a question from the radio station “Echo of Moscow” about the possibility of admitting foreign doctors to Alexei Navalny, did not agree that the issue of the opposition’s health has “some international aspects.”

“I am not aware of any cases when foreign doctors were involved in FSIN institutions and colonies. I do not know that there were such precedents. Otherwise, I am ready to redirect you to the FSIN once again,” he told reporters.