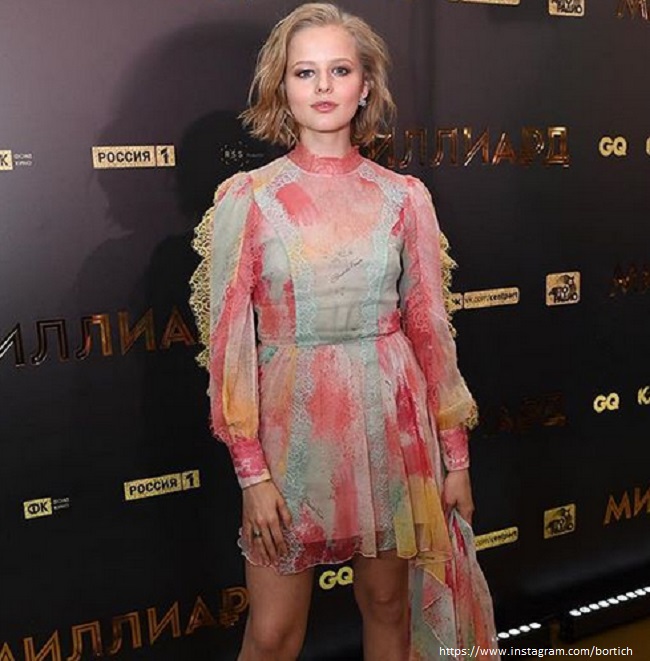 26-year-old actress Sasha Bortich told how her pregnancy went and what changed in her life after giving birth.

The star of the film “I’m losing weight” met with Ivan Urgant. Sasha chose a spectacular outfit – a red top, white oversized jacket and stylish trousers. An elegant suit Bortich “made friends” with sneakers. The hair of the popular blonde was transformed by light curling. Bortich did a delicate makeup that emphasized her natural beauty.

The artist reported on a curious incident that happened to her during pregnancy. The girl dreamed of enjoying the preparation for motherhood in secret from the public. Even Bortich went to the hospital in a wig and a protective mask. Sasha didn’t want other patients to recognize her.

The star was afraid that ill-wishers would harm her and the child. “People can be angry and unpleasantand “, – emphasized Bortich. However, the idyll of instadiva was destroyed by Vladimir Marconi. The host of the scandalous YouTube show Comment Out spread the news about Bortich’s interesting situation.

The actress came to the shooting of the program, being in the second month of pregnancy. Sasha had to abandon the dangerous test. “I didn’t want to be shocked. And Marconi shouted: “She is pregnant!“”, – complained Bortich to the host of the show “Evening Urgant” about his former partner. After that, the web began to hotly discuss the personal life of the star.

Sasha gave birth to a son six months ago, on June 22. The boy was named Alexander. Bortich did not hide the child from the fans. “Vanya, have you seen how handsome he is ?! How not to show? He’s funny and serious at the same time.“, – the film star turned to Urgant.

Sasha admitted that the birth of her son had a positive impact on her career. The star managed to open up in front of the camera in a new light. “It became easier for me to play. My clamps are missing. Childbirth freed me from them“, – noted Bortich on the air of the show” Evening Urgant “.