Alexandra Bortich spoke about her relationship with her husband 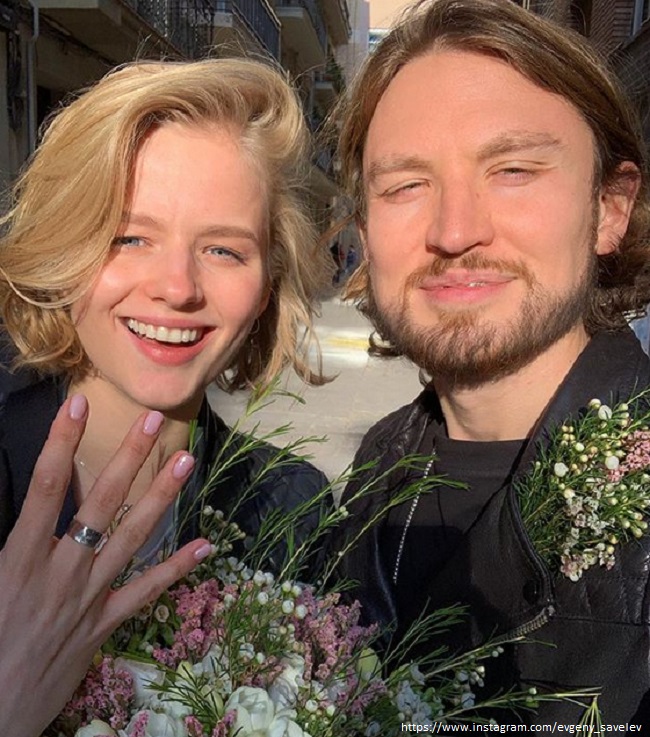 26-year-old actress Sasha Bortich admitted that she was able to find real happiness only with Yevgeny Savelyev.

"Nowadays there are few men in whom you can be confident, with whom you can feel safe. Unfortunately, I had the opposite experience, when I moved and dragged more relationships on myself in every sense. It seems to me that I was stronger", - the artist remembered her marriage to the singer.

According to the star of "Kholop", with Eugene she finally felt like a weak girl. "I was very lucky to have him. This is my best relationship, - said Bortich. - It is important to talk about how you feel. I sincerely admire Zhenya. His dad is a deputy, but Zhenya made all his projects himself from scratch. And when I first came to visit him, I was surprised. He had such an order, it was very clean. My mother even said: “Sasha, sooner or later he will find out that you are a pig".

In December 2019, Sasha was suspected of an interesting situation. The actress did not comment on the speculation in any way. Moreover, in order not to catch the eye of the paparazzi, she went to Yekaterinburg to visit Yevgeny's relatives.

"Rumors of my pregnancy leaked out by accident. I went to the Comment Out show, where I was supposed to be electrocuted. I refused, and Marconi said I was pregnant. This was just a joke. But articles appeared the next day. I took it out in silence, and then the rumors died down. I have never commented on anything - these are the most reasonable decisions of mine.", - admitted the artist in the YouTube podcast" From Time to Time ".