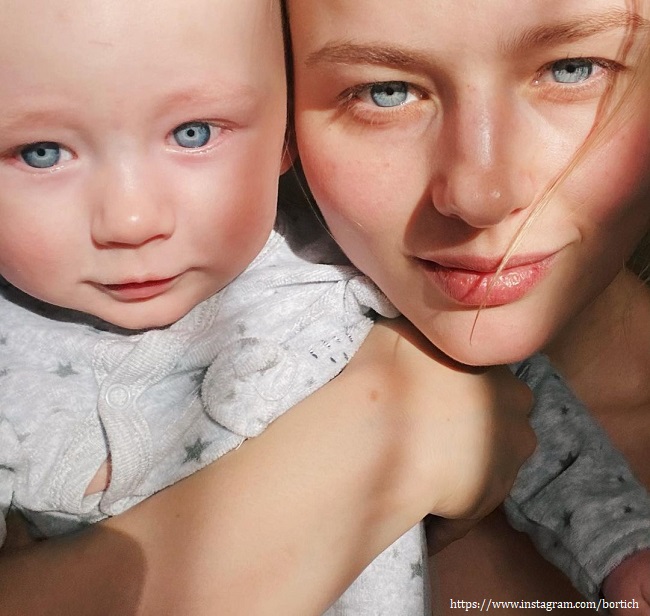 About seven months ago, the actress first became a mother: Bortich had a son from businessman Yevgeny Savelyev. As Sasha said, pregnancy significantly changed her work plans.

Sasha and Zhenya have been together for about three years, but the couple did not plan to have a child. “But when I realized that this was it, I was extremely happy. Not at all afraid“, – said the actress.

True, because of the unexpected pregnancy, the 26-year-old star had to give up the role in the military drama “Air” by Alexei German Jr., although she really wanted to play there.

The director also regretted that Sasha would not appear in his film. “Filming in our extreme conditions would be just dangerous for a child“, – said Herman Jr.

But Sasha was lucky, and she managed to work with an eminent director in another film – “30 days 30 nights”. An actress’s shooting day is always different. As Bortich told Yuri Dudyu, she receives less than 300 thousand. And at the dawn of her career, the artist did not know how to choose projects at all, so she played in films that were deliberately failed.

Now Sasha is trying to work less and devote more time to the child. “The joke turned out to be true. I never thought that I would be so happy about other people’s poop. At the very beginning, of course, problems, tummy. There is absolutely no disgust. I think we’ll be straight bros, have fun, get lost“, – Sasha told about the baby.