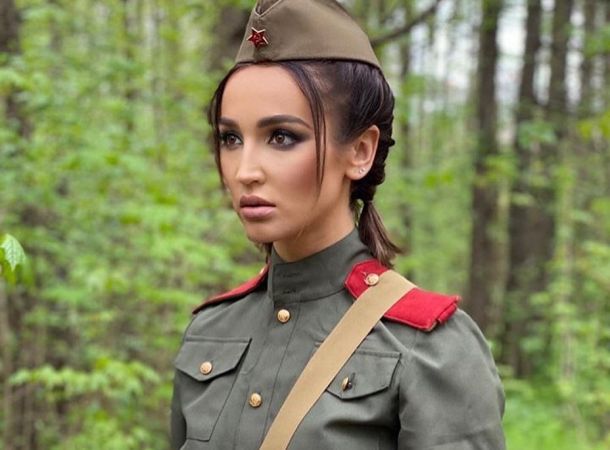 Fashion historian Alexander Vasiliev reasoned what fashion would be after coronavirus, which became a shock for the whole world. The presenter of Channel One believes that the consequences of a pandemic in the fashion world will be logical and logical.

Meanwhile, Alexander Vasiliev mentioned Olga Buzova, citing one example. The host drew attention to the image of Olga, in which she starred in the video "Cranes", dedicated to May 9. Olga in this work tried on the image of a girl from the front, but at the same time emphasized it with inappropriate makeup.

Alexander Vasilyev lifted to the laugh of Olga Buzova, trying on the image of a front-line soldier. As the fashion historian noted, Olga absolutely miscalculated with makeup and false eyelashes.

“A vivid illustration of my words is the last clip of Olga Buzova, where she depicts a front-line girl in a very ridiculous makeup with glued eyelashes and painted eyes, although in such a military paint “even the girls from the house of tolerance didn’t go to the front”, - quotes KP Vasilyeva.

the rest in the fashion world will be quite significant changes, and they will be caused by the circumstances of recent months, and not by the dictation of designers. So, due to wearing masks, the emphasis in women’s makeup will turn to the eyes, and because of the closed beauty salons and the forced economy, many women will stop cutting their hair and therefore long hair will come into fashion. As for clothes, practical clothes, mostly of a long cut, will be in fashion.

Earlier, by the way, Alexander Vasiliev began to go out.