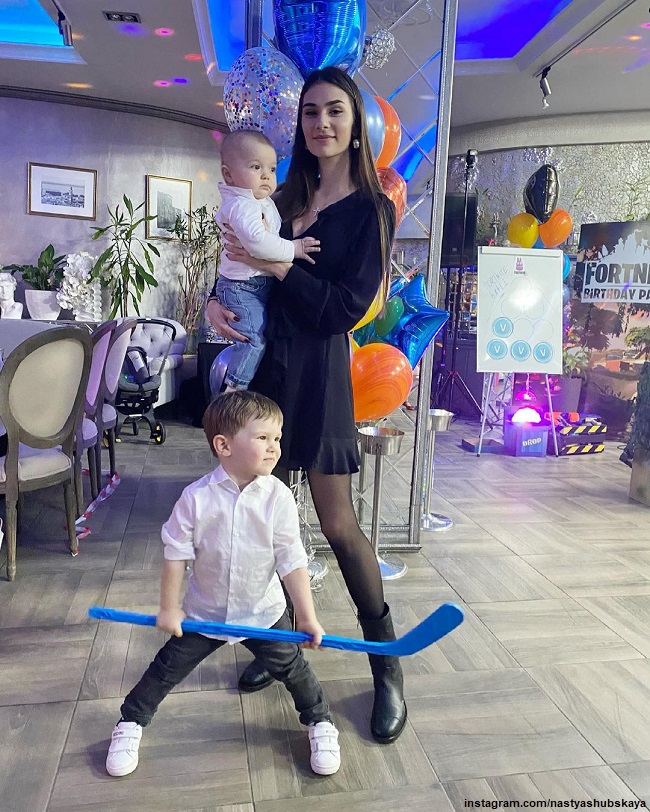 The wife of hockey player Alexander Ovechkin shared a cute video with children.

The youngest daughter of Vera Glagoleva, 27-year-old Anastasia Shubskaya, and hockey player Alexander Ovechkin have been happily married for five years. During this time, the stars became parents twice. They have a two-year-old son Seryozha and an eleven-month-old baby Ilya.

The family has long lived on two continents. Ovechkin plays in the NHL for the Washington Capitals, and therefore spends most of his time overseas. And his wife and children often visit relatives in Moscow.

During the next flight, Shubskaya captured her sons at the airport. Warm communication got into the frame – the elder gently kisses the younger on the cheek and ear, embracing, and he calmly allows his brother to do this. “Ooty, my sweets!“, – the mother did not hold back her emotions at the sight of the communication of the children.

Seryozha Ovechkin is already making his first steps in hockey. The boy loves to wield a stick, and mom and dad often show fans how good he is at it.