Alena Vodonaeva decided to buy an apartment for a cat 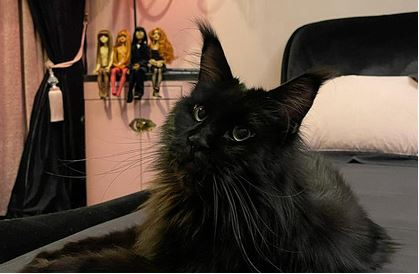 Alena Vodonaeva, a TV presenter and former participant in the reality show Dom-2, decided to buy an apartment for her cat named Escobar. Buying real estate for a pet is related to the health of the TV presenter’s son. She shared the details with Instagram followers.

Vodonaeva said that because of the pet’s fur, her mother began to have health problems. Later, the allergy was noticed in the son of Bogdan, the boy began to cough violently. As a result, the TV presenter’s child moved to his father. Vodonaeva said that she would not be able to give the cat away, so she decided to settle him in a separate apartment.

The TV presenter wanted to buy real estate on a mortgage in the Khamovniki metropolitan area. She has already visited a suitable option and expressed the hope that the “cat will appreciate” it. In the future, Vodonaeva plans to move to Khamovniki – at the moment she owns a beauty salon there, and her son is studying at a school in the area. “This is the plan. I thought it over and started the process, ”the TV presenter wrote.

In August 2020, German supermodel Claudia Schiffer decided to transform her mansion in West Suffolkew into a dog house. They wanted to settle the pets in the left wing of the building and equip the room with couches. At that time, the celebrity had to approve the redevelopment from the local authorities.