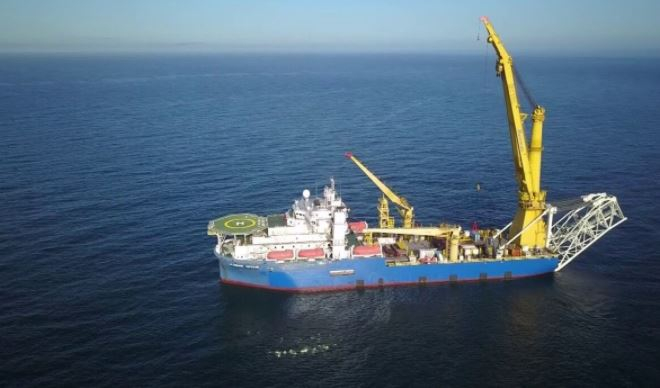 The pipelayer Akademik Chersky left the area where the construction of the Nord Stream 2 gas pipeline was continued and headed east, according to the MarineTraffic portal.

The ship was located near the Danish island of Bornholm. The Akademik Chersky arrived at the completion zone of the pipeline on January 6. Prior to this, the vessel was located at the Curonian Spit in the Kaliningrad region.

In the area of ​​the proposed continuation of the gas pipeline laying to the south of Bornholm Island, the Baltic Research vessel is currently located. According to the Danish Maritime Administration, from January 15, it will lay the Nord Stream 2 pipes in the exclusive economic zone of Denmark, along with the Murman vessel and the Fortuna pipe-laying barge, which is currently in the German port of Wismar.

Denmark has already confirmed that a temporary exclusion zone 200 meters wide will be created in the gas pipeline construction area. It will ban unauthorized navigation, any work on the seabed, anchoring, diving and fishing, Infox.ru reports.

The Nord Stream 2 project envisages the construction of two pipelines with a total capacity of 55 billion cubic meters of gas per year. The project is opposed by Ukraine, some European countries and the United States.

Russian Deputy Prime Minister Alexander Novak said that the EU countries will support the completion of the Nord Stream 2 gas pipeline. Brussels is interested in the early launch of SP-2, so the EU and regional companies will provide the necessary support to the project, Novak said.