Many people in Washington, D.C., USA, enjoy walking or biking along the Anacostia Riverwalk Trail. 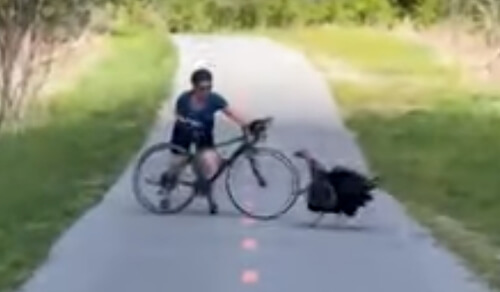 But now pedestrians and cyclists should be careful, because on the trail every now and then there are meetings with a wild turkey, which is by no means good. The bird pursues people, pecks and even tries to scratch with its claws. Despite the fact that some find such a nuisance somewhat comical and worthy of becoming an urban legend, the poor fellows who met with a turkey are not laughing. 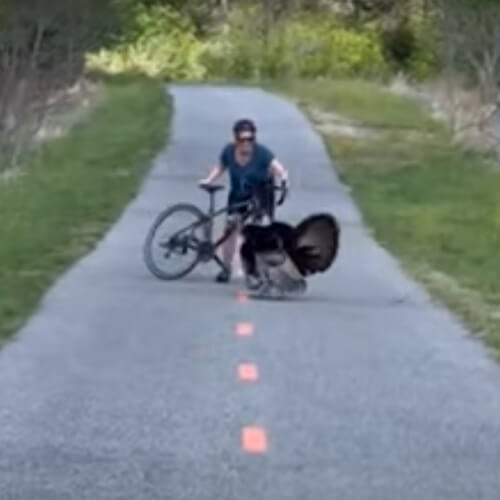 At the moment, a video has appeared on the Internet in which you can see how a bird attacks a cyclist, and the unfortunate woman tries to use the “iron horse” as a shield. The author of the video (who himself became a victim of a turkey a little earlier) came to the lady’s aid and drove away the evil creature with a stick. However, it is clear to everyone that the turkey will not stop. So far, Parks Department officials have posted a sign in a dangerous place warning walkers about the danger of contact with a turkey. The only pity is that the bird itself cannot read, and therefore no announcements are personally decreed to her.