After watching this video, filmed in Kentucky (USA), the audience laughed and said that this turkey must have problems with the law. Or they’re about to show up.

The reason for this statement is the aggressive behavior of the bird, which began to angrily peck at the police car. It is unlikely that the turkey would have succeeded in pecking the enemy to death, but she was not lacking in enthusiasm. 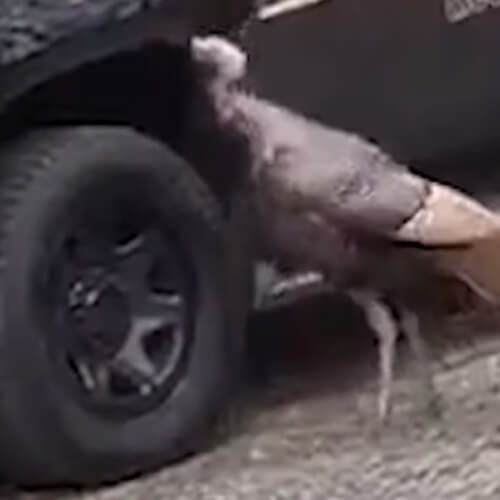 Some people, however, considered that the feathered heroine of the frames did not attack the car at all (by the way, she was not guilty of anything before the bird), but her own reflection. But that doesn’t make the scene any less funny.

To protect the nest, the turkey is ready to bury the enemy