Afghanistan’s economy predicted to collapse in the coming weeks 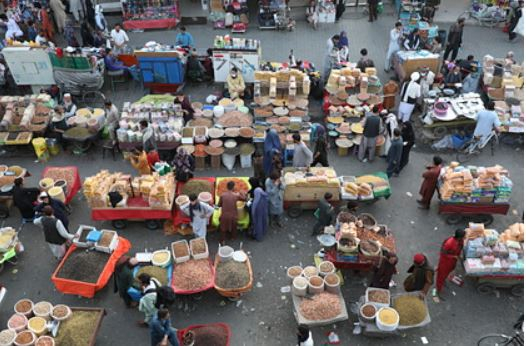 The unexpectedly rapid conquest of Afghanistan by the radical Islamic Taliban movement (the organization’s activities are banned in Russia) brought the republic’s economy closer to collapse. The country’s assets are frozen, banks are closed, and critical foreign aid has ended. Experts predict that without the support of the international community, a comprehensive crisis will begin in the coming weeks, writes NBC.

Former German diplomat and UN official Hans-Jakob Schindler, who worked on sanctions against the Taliban, said Afghanistan’s economic prospects for the near future are “dire.” In his opinion, “weeks, maybe a couple of months, if nothing happens” remained before the total collapse.

Excluding the infusion of money from the Americans and international organizations, the Afghan economy received money from the drug trade, poorly developed mining and small production.

Pakistani media have reported resumption of trade on land borders between the two countries, but Schindler sees no salvation for Afghanistan. And before the Taliban took over the country, trade had little impact.

On August 23, the new Afghan authorities appointed Haji Mohammad Idris as head of the central bank. Former Deputy Finance Minister Gul Maksud Sabit said he had never heard of the official. The latter was a teacher at a religious school in Pakistan, from where he later moved to Afghanistan.

“That’s all we know about this man and now he runs the central bank. He probably has no experience at all, ”Sabit suggested. Financial experts believe that this appointment made it obvious that the international community needed to intervene. Otherwise, the country’s economy may collapse. At the same time, despite all the difficulties, the Taliban insist that civil servants will be “paid as before.”