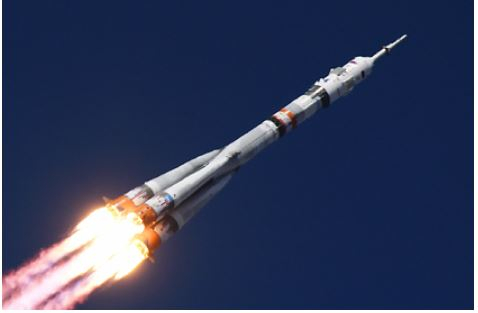 The spacecraft docked with the ISS at 15:12 Moscow time. It was reported that during the docking process, two sets of equipment for the Kurs automatic rendezvous system alternately failed, which is why the Mission Control Center ordered the crew commander, cosmonaut Anton Shkaplerov to switch to manual control.

The Soyuz crew is expected to board the station at 17.55. There the film crew will spend 12 days, their return to Earth is scheduled for October 17. Planting will take place in the Kazakh steppe

Shipenko and Peresild went to the ISS to shoot the first-ever feature film shot in space. The tape received the working title “Challenge”. In the center of the plot of the space drama is a doctor (Peresild), due to circumstances forced to prepare for a space flight in a month in order to go to the International Space Station to save an astronaut.

“Kinoekipazh” was headed by cosmonaut Anton Shkaplerov. It is noted that he became the first ever commander of the Soyuz, piloted to the ISS alone without the help of a professional flight engineer. Shkaplerov will also play in The Challenge. 38-year-old Shipenko, who acts as a director, cameraman and one of the scriptwriters of the film, is known for such films as “Text”, “Salyut-7” and “Kholop”. Peresild, 37, is an Honored Artist of Russia, who has starred in the films The Bride, The Battle for Sevastopol and The Petrovs in the Flu.

The crew members underwent accelerated training for space flight. It took place at the Gagarin Cosmonaut Training Center in Star City, Moscow Region. The method of accelerated training in the future can be used to send other specialists into orbit, writes Rossiyskaya Gazeta. The ship with the film crew was launched from the Baikonur cosmodrome.