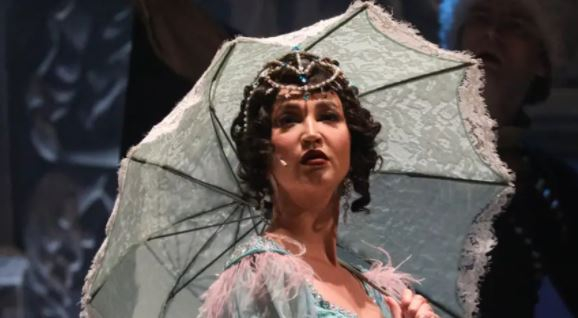 Actor Dmitry Lysenkov commented on the appearance of the singer and TV presenter Olga Buzova on the stage of the Gorky Moscow Art Theater. The artist explained why the production of “The Wonderful Georgian” with the participation of the performer ultimately failed.

According to Lysenkov, it was initially impossible to lure Buzova’s millions of Instagram followers to a play with her participation. But the production with the singer influenced the regular spectators of the Moscow Art Theater, the actor believes.

“They (subscribers of Buzova. – approx. FAN), in principle, do not go to the theater, so who were we trying to attract? It was possible to scare away only those people who went to this theater “, – the artist announced the reason for the failure of the performance in an interview with” Around TV “.

Lysenkov considers the appearance of the singing presenter on the stage of the Moscow Art Theater to be a strange move. As the actor noted, one could expect a performance about Joseph Stalin from the ex-artistic director of the theater Eduard Boyakov, but it is not clear why Buzova was called into the production. According to the artist, the attraction of the singer did not bring anything special to the Moscow Art Theater.

Let us remind you that the play “The Wonderful Georgian” was excluded from the theater’s repertoire after the arrival of the general director Vladimir Kekhman at the institution. Boyakov also left the post of artistic director, and later called his dismissal “wiring”.