A woman walked upside down under water with a model gait

Walking like a model is not an easy test for many people, but not for this New Yorker (USA).

The lady, who filmed her amazing trick on video, showed how she can walk under water like on a catwalk. In addition, the woman moved upside down, after which she picked up the handbag lying at the bottom, threw it over her shoulder and continued underwater walk. 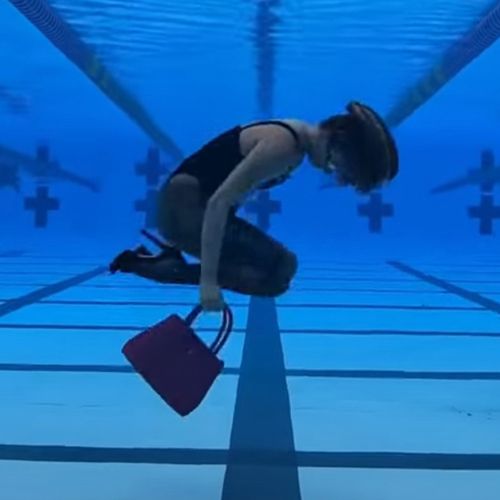 Of course, such a performance did not leave indifferent Internet users, who heartily praised the spectacular trick and the apparent simplicity and carelessness with which it was performed. Although it is clear that such a show required a lot of work and preparation.