A student doing his homework has a whole support group

Apparently, doing homework, this student from China spends more time than his classmates. 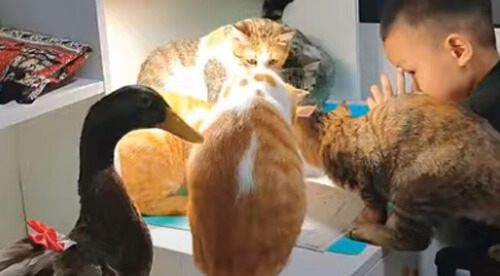 The thing is that the boy has a support group, which, frankly, not so much supports as hinders. These are several cats, and, oddly enough, a domestic duck. Some of the pets are watching the little owner, someone prefers to communicate with each other, but one thing is clear – it is problematic to concentrate surrounded by such a crowd. 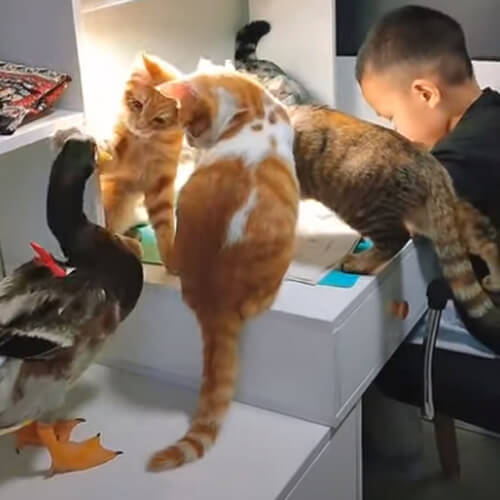 However, the boy is not against a big company, and it remains to be hoped that his school performance does not suffer much.

An unusually large newborn barely fits on a hospital scale