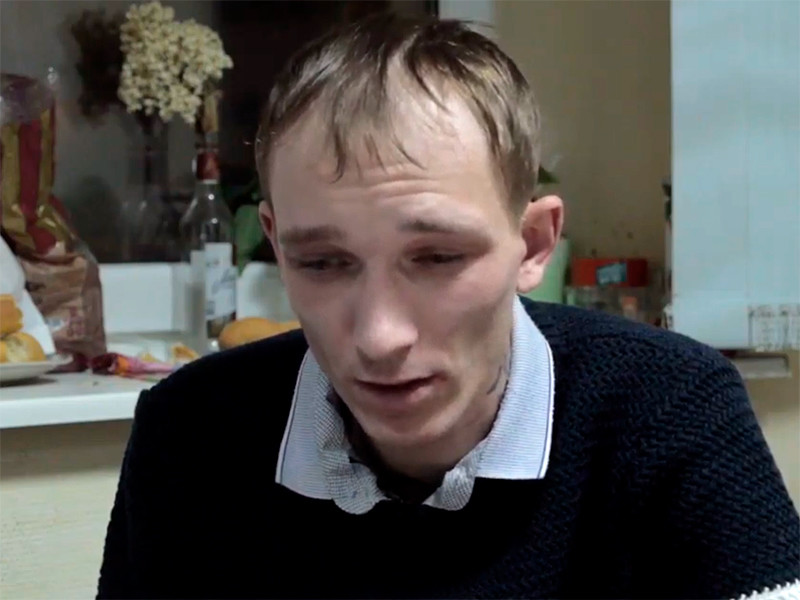 Former prisoner Yevgeny Yurchenko, who was released about six months ago, decided to file a complaint with law enforcement agencies about torture. The inmates were tortured after a riot in correctional colony 15 in the Irkutsk region. However, Yurchenko’s appeal to law enforcement agencies turned against him. On January 28, Vorfolomeev, an investigator of the RF IC department in the Irkutsk region, sent a summons to Evgeny Yurchenko to be summoned for interrogation in the case of the riot. While the former prisoner passes through it as a witness, Novaya Gazeta writes.

Evgeny Yurchenko has been serving his sentence in Angarsk IK-15 since August 2018. According to him, all the time that he was there, the prisoners did not have to endure any beatings from the colony staff. But in April 2020, everything changed.

On April 9, inmate Anton Oblenichev said that he was beaten by a prison officer, Alexander Kurtynov. Other prisoners came out in his defense. IK-15 is a so-called “black” colony, where the so-called “overseers” – authoritative representatives of the criminal world, keep order. Against the background of the growing discontent of the prisoners, the head of IK-15, Andrei Vereshchak, strongly recommended that the prisoner Bogdan, who looks after the camp, should send the convicts to their cells. As a result, the prisoners dispersed peacefully.

There were no more protests in the colony that night, Yurchenko says, but the next morning an emergency regime was declared and special forces of the Federal Penitentiary Service were introduced. About five hundred prisoners stood on the parade ground of the living area in the dense ring of special forces all day, until dark. At the end of the day, a fire engine arrived and started pouring cold water on the prisoners. At that moment, according to Yurchenko, someone threw a stone at her, and an open clash of the special forces with the prisoners began. VIDEO.

Yevgeny, together with a group of prisoners, was able to retreat to the barracks and barricade themselves there: “And whoever remained on the parade ground, the special forces simply began to slaughter them.”

From the window of the cell, Yurchenko saw how at about 23:00 the “Zonovskaya promka” – woodworking shops, broke out. The fire could not be extinguished until morning.

The employees of the colony, promising not to touch those who would surrender, persuaded Yurchenko and other prisoners (about 30 people in total) to leave the barrack. “And as soon as we got out of the barracks, we were all stripped naked at once, rewound our hands behind with duct tape and put them on the wet asphalt,” recalls Evgeny.

The prisoners were handed over to the special forces, who began to beat them. “I immediately lost consciousness – they punched my head. Five centimeters is a matchbox,” Yurchenko said.

Already on April 10, the Department of the Investigative Committee of the Russian Federation in the Irkutsk Region opened a criminal case on the fact of disorganization of the activities of the correctional institution with the use of violence (part 1 of article 321 of the Criminal Code of the Russian Federation). “According to the investigators, on April 9, during the lights out, one of the convicts of PKU IK-15 of the Russian Federal Penitentiary Service for the Irkutsk Region did not obey the demands of the colony employees, spoke obscenely towards them. Several convicts inflicted bodily harm on themselves at that time, and also suffered from the latter’s unlawful actions. employee of the institution, “- said in a press release.

A week later, the case under Article 321 was supplemented with Article 212 of the Criminal Code of the Russian Federation – “Organization of mass disorders and participation in them.” As of September 2020, 15 prisoners of IK-15 were accused.

Disputes about the “rebels”

On the morning of April 11, after the suppression of the riot, more than 200 prisoners were distributed from IK-15 to the pre-trial detention center of the Irkutsk region. The paddy wagon, in which Yevgeny Yurchenko and 30 other prisoners were kept, were brought to the Angarsk SIZO-6. According to him, employees of the colony and “developers” (prisoners cooperating with the administration) were already waiting for the arrivals. The arrivals were immediately beaten. It was April 11, at 4:00.

The beatings took place constantly, and the most sophisticated tortures were committed in the locker. One day Yurchenko noticed that while walking, the “developer” calls out the names of prisoners from among those who arrived from IK-15. Those whom he named went to the storeroom. Once the surname of Yurchenko sounded, along with three surnames of other prisoners.

One prisoner, Yurchenko recalls, was immediately raped by four of them. Another “developers” put on the floor and began to torture with electric current, inserting a mop into the anus. “They tied me to a hanger with my hand, and the current was attached to my genitals, in short. They tied the rag, covered it with water so that there were no burn marks,” recalls Evgeny.

According to him, it was those who were responsible for something in the colony that were raped: for a barrack, for quarantine, for SUS (strict conditions of detention), for an isolation ward. “Well, looking … All of them were raped to the last … One was told that he was generally charged with a phone: that he hid a small phone supposedly in his ass. And they just ripped him off,” added Evgeny.

As emphasized by “Novaya Gazeta”, torture was applied a few days after the suppression of the riot against prisoners who did not show any disobedience.

None of the prisoners wrote a statement about what had happened in the storeroom. Yurchenko himself explains this in such a way that when lawyers or human rights activists came to SIZO-6, the “developers” reminded the prisoners on the way to meet with them about the possibility of repeating the trip to the locker.

9 days before Yurchenko himself was supposed to be released, he was convoyed back to IK-15. In his statement, he says that upon arrival, he and the other convoyed persons with him were again beaten by the colony officers, then sent to the PKT (cell-type room), where no one touched him until the end of the term. This was done deliberately so that by the time he was released he would not have bodily harm and, therefore, evidence of torture he had experienced, Yurchenko is sure.

Yurchenko is now in Moscow. His interests are represented by the Foundation “For Human Rights” (entered by the Ministry of Justice in the register of NPOs performing the functions of a foreign agent). On January 18, Yurchenko, accompanied by lawyer Svetlana Yashina, filed a statement with the RF IC about grave crimes committed by the FSIN officers against him. In the RF IC, they refused to register the statement in the book of records of reports of crimes (KUSP). Instead, Yevgeny’s statement was accepted as a citizen’s appeal, and this does not automatically entail the initiation of a criminal case. He was denied registration of his application for the reason that “first we need to check whether Yurchenko is involved in the riot case.”

On January 28, Yurchenko received a summons for questioning in the case of the riot.

The former prisoner sent a complaint about the refusal to register the crime statement to the Russian Prosecutor General Igor Krasnov. Yevgeny Yurchenko also petitioned for state protection for him, because he fears that law enforcement officers who know his place of residence (he is under administrative supervision) might find him.

On January 21, the heads of IK-6 and SIZO-1 were temporarily suspended from their duties: the Federal Penitentiary Service of Russia established “the fact of illegal actions of individual employees of IK-6 and possible illegal acts of a sexual nature on the part of convicts against convict B.”

Earlier, it was also reported about the brutal torture of a 29-year-old prisoner of SIZO-1 in Irkutsk, a native of Tuva and an orphan Kezhik Ondar. According to his sister Aziyana Ondar, Kezhik was severely beaten and tortured for a long time by inmates in the “press-hut” of SIZO-1. According to her, they tried to get her brother to confess to participation in the riot in IK-15, although he was in the punishment cell at the time of these events.

“Kezhik was beaten, tortured, mocked, they kept him tied for days, mutilated (or cut off) his penis, put a boiler into the anus, and it exploded in it,” said his sister Aziyana Ondar. She added that “in the Nazi camps, prisoners were not tortured like that.”

According to the woman, due to his injuries, Kezhik became disabled. He had two bowel surgeries. The convict’s sister noted that the victim was threatened by the head of IK-6, Aleksey Agapov, “with the aim of refusing to testify to investigators and prosecutors.”

On January 15, the Investigative Committee for the Irkutsk Region opened a criminal case on this fact on violent acts of a sexual nature (clause “b”, part 3 of article 132 of the Criminal Code of the Russian Federation). Then the investigative department announced the arrest of the senior operative of the operational department of SIZO-1, who is suspected of exceeding his official powers, which entailed serious harm to the health of Kezhik Ondar.