For about a month, the inhabitants of Melbourne (Australia) have heard an animal scratching on their roof every now and then. 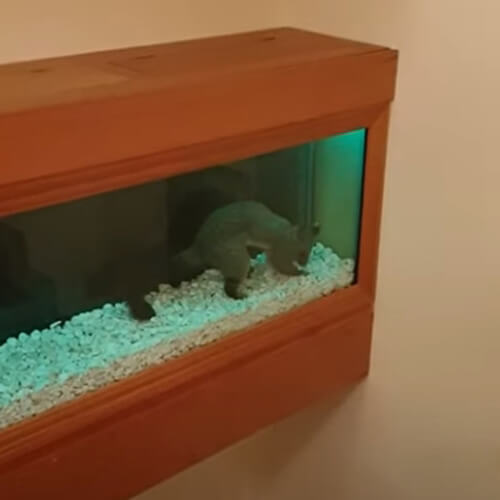 It turned out that this is a possum that got into the habit of visiting people. However, the rattle and other sound effects were not limited to. At some point, the animal decided that it was enough for him to sit on the street and should get inside the dwelling. After examining the house, the opossum found an empty aquarium and seemed quite happy. Surely he decided that this is such a special room in which he can settle for the rest of his life. 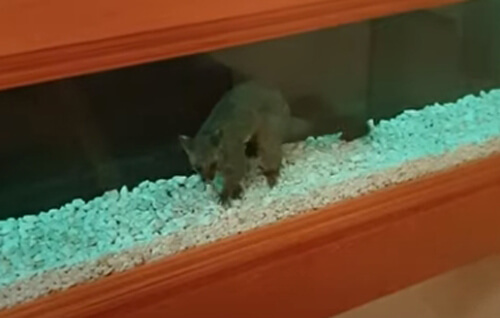 However, the authors of the video violated all the bright plans of their uninvited guest. They not only removed the possum away, but also took measures against further intrusions – they closed up a gap about 5 centimeters wide, because it was thanks to her that the animal was able to climb into foreign territory.