Concerned residents of New York (USA) contacted the police, because they noticed a dog in a parked car. 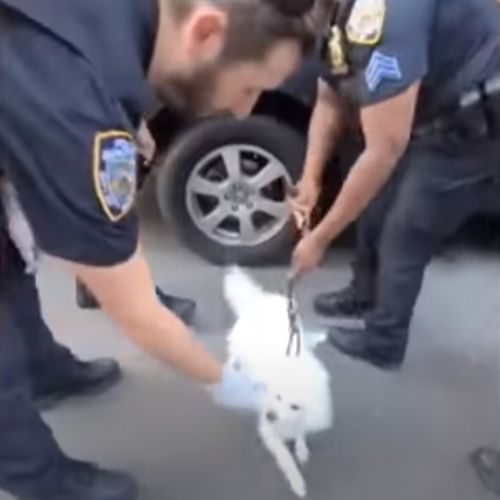 Given that the weather was hot, it was terrible to imagine what suffering the animal experienced, locked in the cabin, which turned into a stove. According to the law, the owners are forbidden to leave their pets in such unsafe conditions, and therefore the police broke the glass of the car in order to open the vehicle and release the tormented captive. 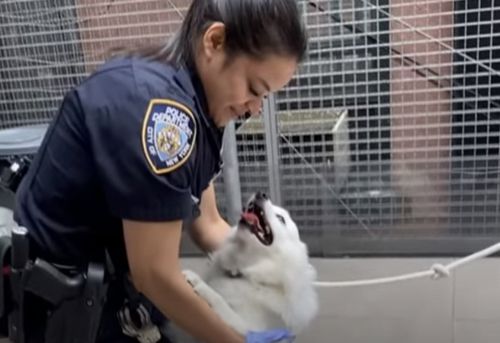 A rescued dog will no longer see cruel owners, but you should not worry about it. The animal almost immediately developed friendly relations with one of the police officers, so the woman took the new pet to herself. Now the dog will be well taken care of.

Rescuing a woman from a cliff, firefighters realized that they were dealing with a dummy