The wedding of 42-year-old Samrat Mourya not only took place with great pomp, but also attracted close attention. 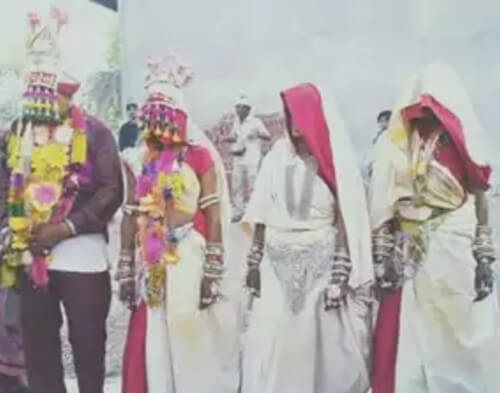 A resident of the village of Nanpur (Madhya Pradesh, India) has lived in the same family with three women for the past 15 years. The family has six children. And just recently, Samrat decided to tie the knot with his beloved women, and with all three. Considering the fact that both the groom and his brides live according to the rules of their tribal community, neither their long relationship nor their wedding caused any complaints from the villagers. 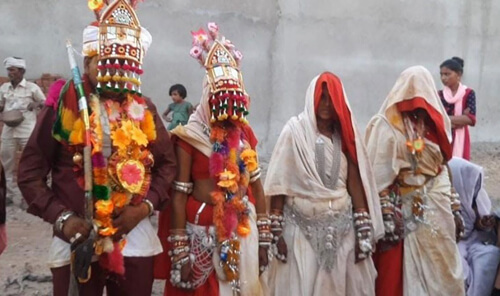 Official Ragvendra Singh spoke about the unusual situation, who explained that he would not comment on whether such a marriage is legal, but the tribes have their own customs and rituals that the authorities agree to respect.

The stranger decided to give the newlyweds a song