A resident of San Prairie (Wisconsin, USA) did not hesitate too long when he saw that a misfortune had happened to a certain young man. 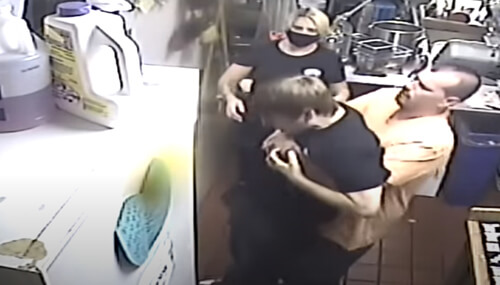 The incident was filmed by a security camera in one of the local bars. The young man ate a chicken sandwich with gusto and choked. It seems that the stranger was very bad, but Joseph Reinhart came to his aid. 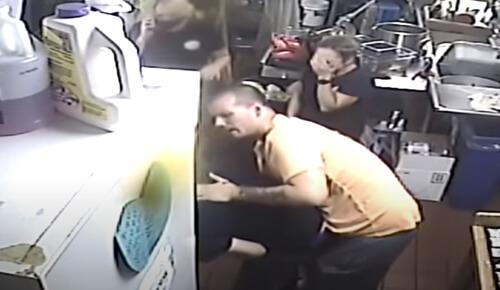 It is surprising that a man does not have any special training, but at one time he learned how to perform the Heimlich technique – it was this action that became salutary. It is reported that the young man is all right, and the near misfortune did not even make him stop loving chicken sandwiches.