A hungry seagull managed to swallow a sausage whole

In the UK, sitting in an open-air cafe, they realized that seagulls can be very voracious. 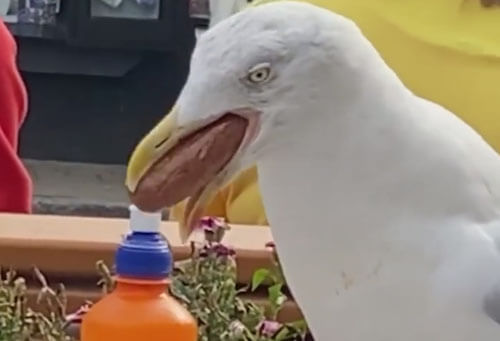 The bird sat down on the table and became interested in the sausage that the departed customers had not eaten. And you can be sure that the feathered glutton will not leave a single piece of delicacy - the seagull has managed to swallow a rather large sausage whole. 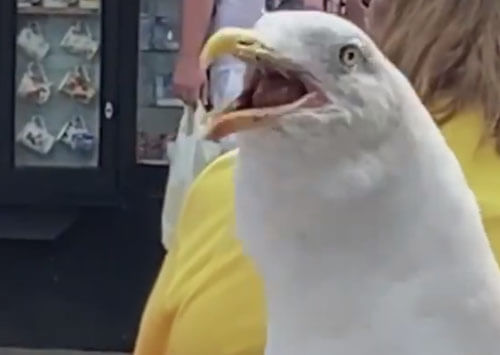 The spectators were both surprised and amused by looking at such a bizarre sight. There were animal lovers who condemned the authors of the frames for giggling at the bird - they say such harmful food would cause a lot of suffering to the seagull, and even death. However, it would be strange to demand from people that, jumping up from their seats, they began to take a sausage from the feathered hooligan - but they would not have succeeded.

See also: The process of making cotton candy can bewitch any sweet tooth