A hooligan ghost knocked over a glass of beer

Many people believe that the Ring O Bells pub (Kendal, England) is haunted. One piece of evidence was caught on a surveillance camera. 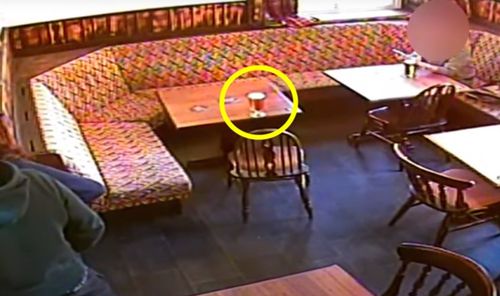 You can see how a glass of beer, until then peacefully standing on a table, crawled to the edge, fell on a chair and broke, surprising and slightly frightening people who were nearby. 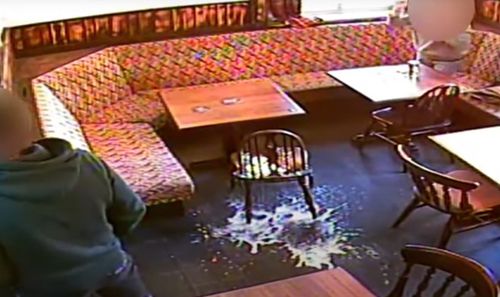 Of course, skeptics may assume that the glass began to slide on the countertop due to condensation, but Scott Dawson, the pub manager, disagrees with this opinion. He said that in the institution there are inexplicable phenomena. Moreover, this particular table was chosen by a certain hooligan spirit, which now and then knocks over glasses. It seems that the heads of The Ring O Bells are willing to put up with such vandalism – especially since it gives them additional publicity.